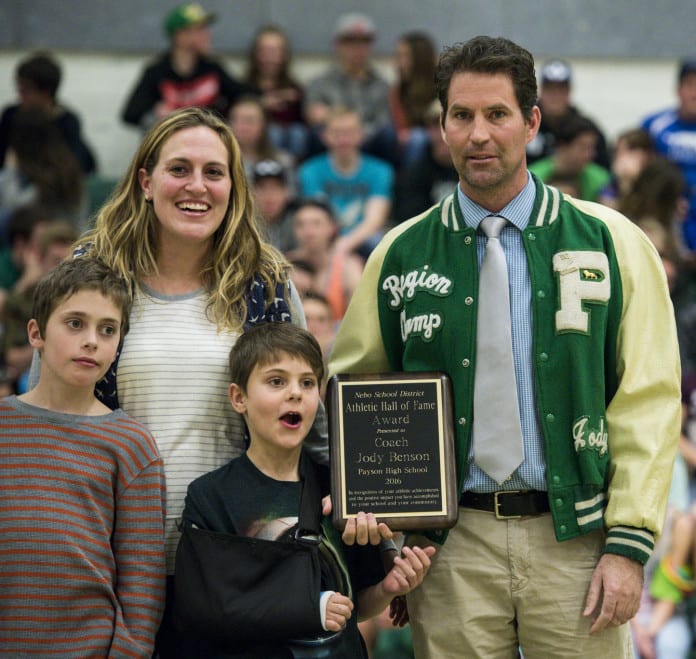 As a college student at Utah Valley University in 1997, Benson was the conference champion and qualified for nationals, placing 12th in the nation and becoming an All-American for cross country.

As a college student at Southern Utah University, Benson was the Physical Education Student of the Year in 2000 and competed in cross country and track. Before he graduated in 2001, he was on the National Champion NCAA Academic Cross Country Team in 1997 and qualified for nationals for three years. Benson’s best performances were: 52nd in the nation, third in the district and first in conference. He was named Mid-Continent Conference Runner of the Year twice and was All-Conference six times and All-District twice.

Timpanogos High School in Orem is where Coach Benson has spent his career for the past 15 years. He was named All-Sports 4A Coach of the Year in 2015. He has led his cross country teams to three state championships with his boys team winning in 2014 and 2015 and his girls team winning in 2015. The boys team qualified for the Nike Cross Nationals for two years, placing 12th in the nation in 2014 and fifth in the nation in 2015. Benson coached the state record holder for cross country in the 3200 M and 100 M for track and field. He coaches his son, Joe Benson, who became an All-American for cross country in 2015 by placing 16th in the nation.

Benson has run the St. George Marathon five times, with his best finish as sixth overall. He was privileged to run the Boston Marathon in 2011 – a life-long goal. Benson also ran the Squaw Peak 50, placing second overall. Coach Benson continues to run with his high school team every day.

Benson is married to Katie Benson from Orem and they have four children: Joseph, Kali, Carter and Tate.