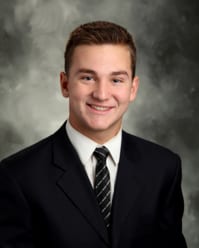 r The United States Tennis Association has announced that Orem resident Jon Dollahite has been named to the first-ever USTA Junior Leadership Team, which recognizes America’s finest junior tennis players who exhibit leadership, sportsmanship and character on and off the court.

“These are players whose achievements speak volumes about their character, both as tennis players and as members of the community,” said Bill Mountford, the USTA’s director of junior tournaments. “With the USTA Leadership Team, we’re glad to have a way to recognize the tremendous examples they’ve set on and off the court.”

Dollahite, a senior at Mountain View High School and a Utah recruit, has been ranked as the No. 2 player in the USTA Intermountain section Boys’ 18s rankings and in the Top 150 nationally. He won three consecutive state individual singles titles as a freshman, sophomore and junior and has a long history of success on the USTA junior circuit. He’s been the recipient of six national and sectional USTA junior sportsmanship awards and earned the 2015 Janet M. Dowse Award and Scholarship, which is awarded by the Utah Tennis Association to the junior player who exemplifies integrity, willingness to help others, love of family and the joy of playing tennis. Additionally, he was appointed to the MVHS LDS Seminary Council, is a youth leader in the Cherry Hill Ward of the LDS Church and served as a volunteer for the Cherry Hill Elementary “Read Aloud” program among many other activities.