Author writes the manual that was supposed to come with kids 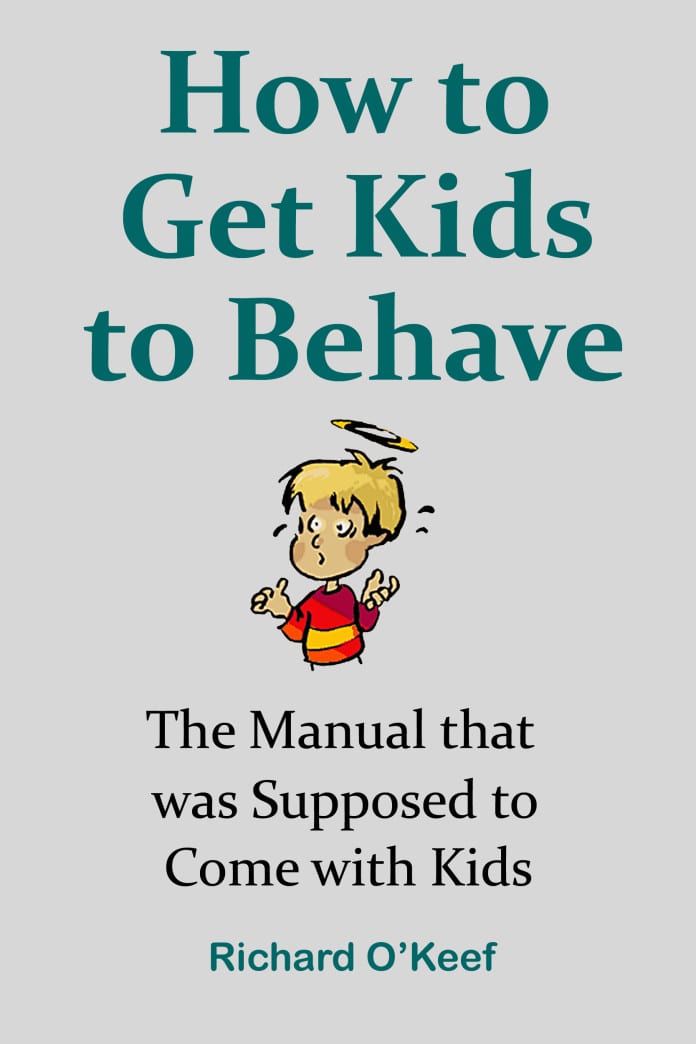 r “If kids came with an instruction manual, it would look like this book”, says author Richard O’Keef about his new book, “How to Get Kids to Behave: The Manual that was Supposed to Come with Kids.”

Several years ago, O’Keef had an experience (described in chapter 1) that compelled him to learn everything he could about how to get kids to behave. He studied what the experts had to say about raising children. He combed through thousands of pages of parenting books so parents wouldn’t have to – over 40 books. He selected what he considered to be the essential information all parents need to know – the best parts from the best books. He simplified the information to make it easy to understand and easy to do. Then he condensed it into a short, easy read that only takes a couple of hours to get through. “This is the book I wish I had when I was a young parent,” O’Keef said. “Now it’s available to all parents.”

The book is divided into two sections. The first section describes six principles that parents can apply that will decrease children’s desire to misbehave and increase their desire to cooperate. The principles will probably come as no surprise, but the application of each principle will give parents new ideas to try. For example, the first principle is called “Reward Good Behavior” and suggests that “the behavior that receives the most attention is the behavior that will happen the most.” O’Keef argues that most of the time, the behavior that receives the most attention is bad behavior, and that if parents paid more attention to good behavior, good behavior will happen more often. He goes on to recommend things that parents can say and do that will result in a change of their kids’ behavior. For example, a mother might say, “I noticed you walked past your brother without teasing him.” (She’s thinking: Even if you were across the room and didn’t even notice him.) “Thank you.” O’Keef says the more positive attention you give a child for good behavior, the more you reinforce that behavior.

The second section introduces “techniques” that parents can use to respond to unwanted behavior. Because kids are kids, misbehavior will always be an issue to some degree. Techniques are skills that parents can use when kids misbehave. Among the various techniques are, offering a choice, problem solving together, and using consequences to teach. An entire chapter is devoted to sibling rivalry and another to handling tantrums.

Richard O’Keef is the father of six children and lives in Salt Lake City. His book can be found on Amazon.com in ebook format ($3.99) and paperback ($10.95).