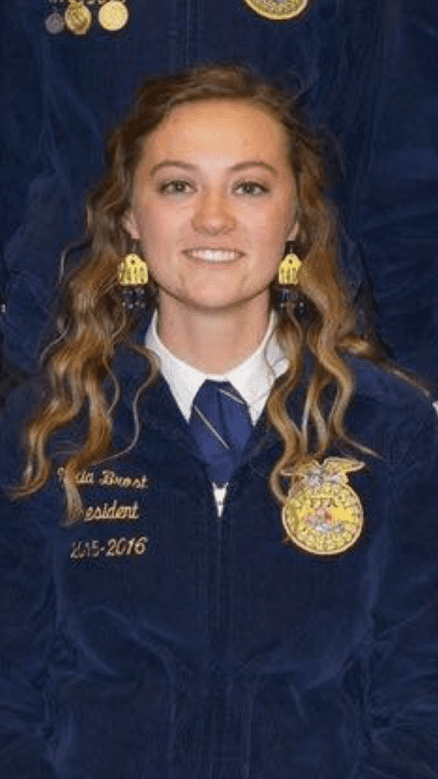 The Utah State FFA Convention was held in Richfield in March. Sakai Brost, a student at Salem Hills High School, took the opportunity to run to be on the 2016-2017 State Officer team along with 20 other FFA members from across the state. The nominating committee was made up of 13 members from FFA chapters within Utah that didn’t have members running for office.

After many days of interviews and tests, the hour finally came for the long-awaited announcement: which members would fill the six Officer Team spots. Everyone held their breath as the last position was left to be filled, and the room erupted in applause and screams as the Nominating Committee announced, “Your 2016-2017 State President, from the chapter of Salem Hills … Sakia Brost!”

Sakia has dreamed of becoming a state FFA officer since she was 6 years old, and on March 12, that dream came true. Sakia is very excited to serve the FFA organization and the community of this great state of Utah. The Salem Hills FFA Chapter would like to congratulate the five other officers that will be joining her in this adventure: Wayson Foy of Wasatch, Mariah Pace of Bear River, Mat Gonder of Manila, Allesha Arehart of Sky View and Andalyn Hall of Springville.