The legacy of RD Swasey 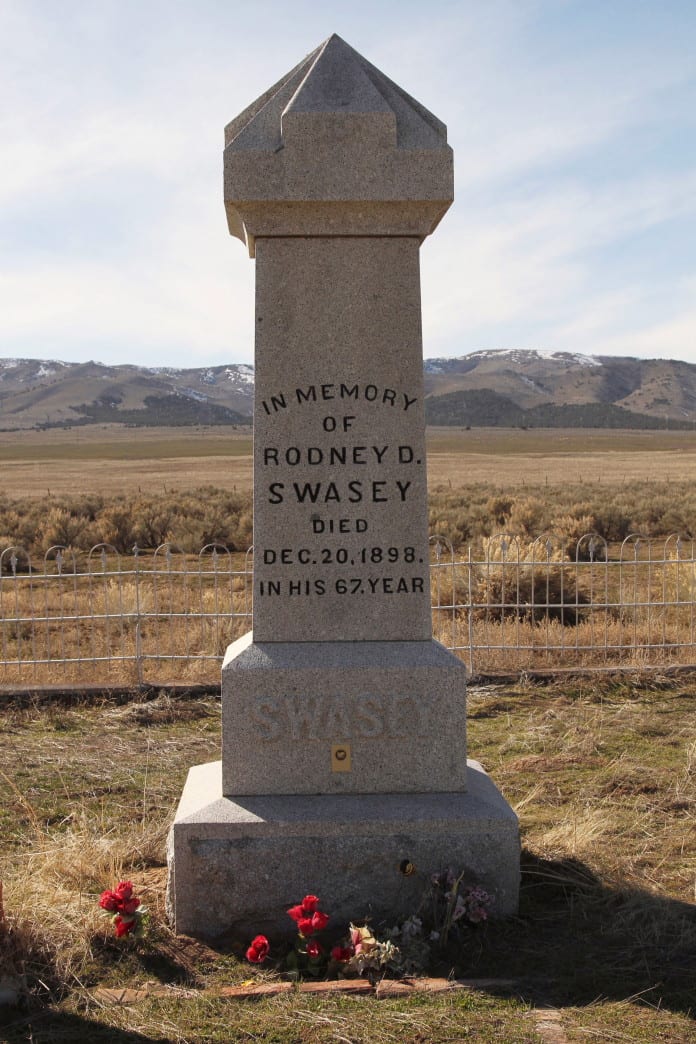 r For years we have traveled the washes, canyons and mesas of the San Rafael Swell and found the names of four Swasey brothers – Sid, Charlie, Rod and Joe – everywhere. They roamed the swell as cowboys in the late 1800s and explored places not seen by many people before them. We see names on the map in places like Sid and Charley Rock Towers, Sid’s Mountain, Swasey’s Leap, Joe and his Dog, Swasey Arch and Joe Swasey’s Cabin. The list of their influence on place names goes on and on.

My wife and I found it interesting that the father of the four famous San Rafael Swell brothers was an early Mormon emigrant who became a successful businessman and rancher with homes in Provo and Mona. Rodney Degrass Swasey was born about 1831 in Woodstock, New Hampshire. As a 16-year-old single boy, he traveled to Utah with the Brigham Young wagon train in 1847. He preferred the name RD Swasey rather than Rodney Degrass Swasey. In 1849, he married his first wife in the LDS Church. She bore him the four boys that would grow up and begin their exploration and exploits in the San Rafael Swell: Charles, Sid, Rod and Joe.

By 1857, RD Swasey had a large herd of cattle and land in what is now Mona. He married his second wife at this time. He became interested in ranch land in the Castle Dale area in about 1874 and sent his four oldest sons to ranch in that area. Provo was the center of business activity for the region and this drew RD Swasey to town where he acquired real estate holdings. He eventually had a home in both Mona and Provo. He and his nephew Herman Martin established a bank in Provo in the early 1890s that apparently was a successful venture.

When RD Swasey passed away on Dec. 20, 1894, his request was to be buried on his farm in Mona. An eight-foot tombstone is located in a farm field near Mona. The east side of the memorial has the information about RD Swasey on it, the south side has the name of his first wife and their nine children, and the north side has the name of second wife and their 10 children. At one time there was a large mansion on the property that was torn down and used to build three smaller homes.

If you have any information about the descendants of RD Swasey, contact Janice Helmick at helmick.janice@gmail.com.

Giving the gift of literacy through personal stories