Four grades at ALA speak both Spanish and English 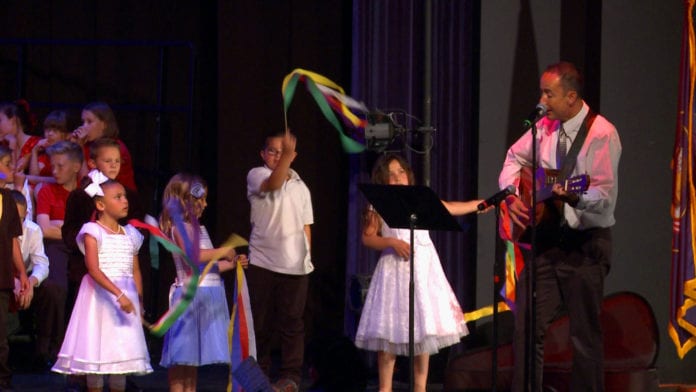 On Monday, May 23, American Leadership Academy presented its spring Dual Immersion celebration. Principal Paul Carpenter conducted the event. The auditorium was filled to standing room only.rFrom the very beginning, one could tell the performances would be impressive. Two young boys, Asher Hendricks and Taden Hansen, welcomed the audience in both English and Spanish.

ALA was just the second elementary school in the state to begin teaching the dual immersion program. “It’s very difficult, but tonight makes me realize it’s all worth it,” commented one parent at the end of the program.

The students participated in song and dance that reflected the rich Latino culture. They wore vibrant, colored costumes and had props and lighting effects.

One of the songs was “My Way” made famous by Frank Sinatra. However, it was sung in Spanish, of course, and very enthusiastically. It is obvious that one of the goals of the program is not only to teach students to be bilingual but to be confident in their abilities.

The following teachers deserve much of the credit:

Mrs. Lambson, who began the dual immersion program four years ago, was just awarded “Teacher of the Month” by KSL. Her motto is, “We can do hard things.”