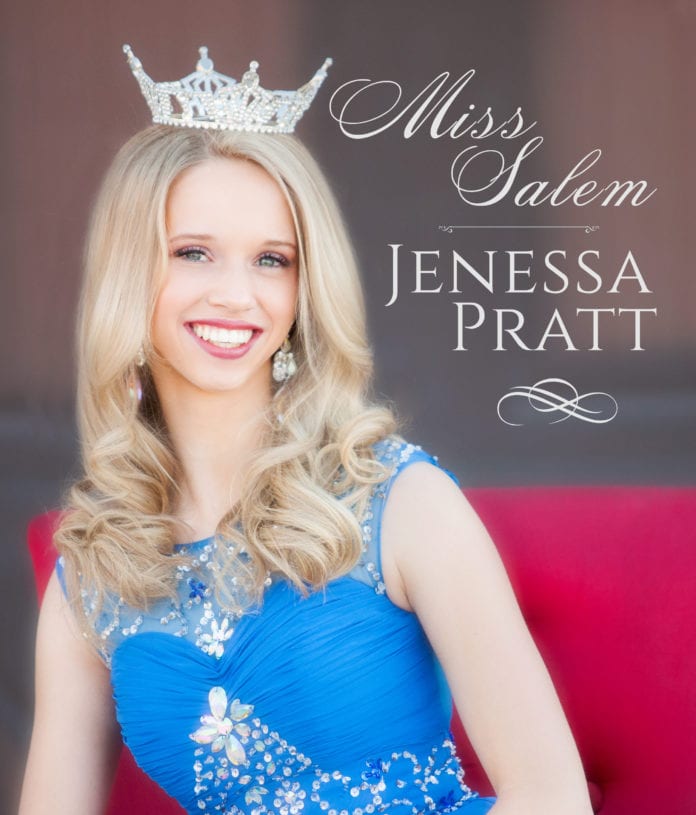 Serving as Miss Salem 2015 has been an adventure of a lifetime! I have been so blessed to execute my platform “The Fight Against Pornography” within the community and to receive endless support. Participating in discussion groups, teaching in health classes, watching kids pledge to take a fight, and interacting with our community has been an honor. I am currently grateful for the businesses in Salem supporting me in my movement by posting in their windows a “Fighting Flyer,” reminding individuals about the choice of their next “click” during Fight Week.rWhile slavery has been abolished, it has not ended. There are an estimated 2 million children in sex slavery. In May, I had the privilege of representing Salem City at the movie premiere of “Abolitionist,” which showcases actual missions the nonprofit organization Operation Underground Railroad has undergone to rescue children in slavery. I became an advocate and abolistionist to #rescue2M by counting each mile of my physical exercise in an effort to match the funds needed to save these kids. Everyone can get involved to help, and many have already done so.rWith these foundational experiences and the actions of Utah State Senator Todd Weiler making pornography a “Public Health Crisis,” I look forward to representing the city of Salem at the Miss Utah Pageant June 13-18. I also would like to invite you to the Miss Salem 2016 Scholarship Pageant on June 11 at 7 p.m. in the Salem Hills High School auditorium where the next Miss Salem will be crowned. I am proud of each contestant as they have so much to offer our community. I will miss this year of service, but thank you Salem for teaching me what it really means to have #reallove.