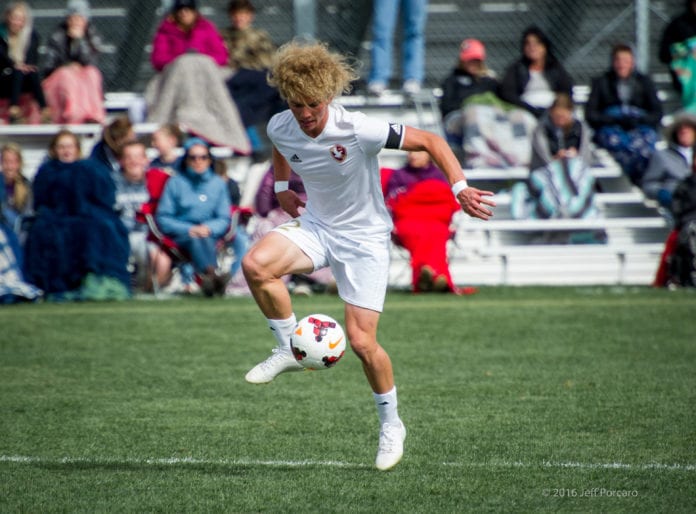 The 5-foot-11, 155-pound junior defender and midfielder had led the Golden Eagles to a 12-1 record at the time of his selection. Dayton scored eight goals and passed for 14 assists through 13 games. A veteran of the Region IV Olympic Development Program and Real Salt Lake Academy, he leads a Maple Mountain defense that has recorded eight shutouts and allowed just seven goals.

Dayton has maintained a 3.79 GPA in the classroom. A devoted member of his church community and a peer tutor in his school, he has participated in multiple trips to assist orphanages in rural Mexico.

“Dayton is smart and creative in his offense,” said Shane Ferrin, head coach at Spanish Fork High School. “He’s intuitive on defense and he brings his entire team up with his significant effort and positive attitude.”

Dayton will begin his senior year of high school this fall.

The Gatorade Player of the Year program annually recognizes one winner in the District of Columbia and each of the 50 states that sanction high school football, girls volleyball, boys and girls cross country, boys and girls basketball, boys and girls soccer, baseball, softball, and boys and girls track & field, and awards one National Player of the Year in each sport. The selection process is administered by the Gatorade high school sports leadership team in partnership with USA TODAY High School Sports, which work with top sport-specific experts and a media advisory board of accomplished, veteran prep sports journalists to determine the state winners in each sport.