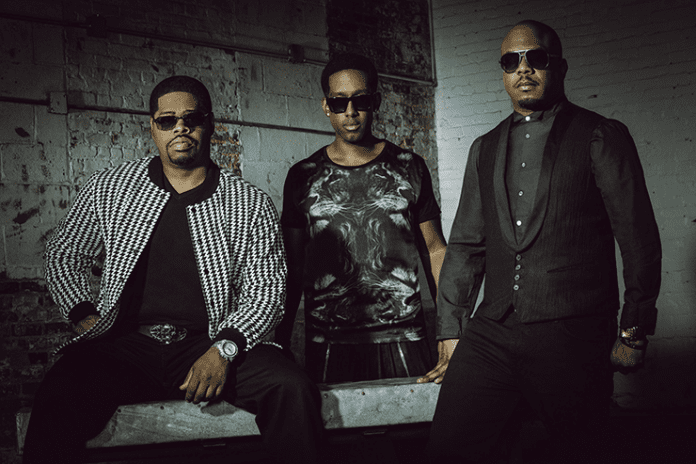 The trio has performed together for nearly a quarter of a century to mainstream audiences and demonstrates how its take on R&B and a cappella harmony has universal appeal. During its first decade as a group, everything they touched turned to gold—make that platinum—as they produced wildly popular albums and such timeless hits as “End of the Road,” “I’ll Make Love to You,” “On Bended Knee,” “Motownphilly,” and “One Sweet Day.” As evidence of their success, they have notched more than 64 million record sales for their smooth harmonies and synchronized dance routines. Boyz II Men have also won a whopping 9 American Music Awards, 9 Soul Train Awards, 3 Billboard Awards, and a 2011 MOBO Award for Outstanding Contribution to Music.

Boyz II to Men has been described as hip-hop doo wop mixed with a little a cappella and a lotta soul.  In addition to their own hits, the group will showcase Motown classics from their Grammy-nominated Motown album, such as “Just My Imagination,” “Tracks of My Tears,” “Ain’t Nothing Like The Real Thing” and more.

In 2011, Boyz II Men marked their 20th anniversary by releasing a landmark album, fittingly titled Twenty. The album contains the group’s first original material in nearly a decade as well as a dozen remastered classic, career-defining hits. Twenty debuted at #20 on the Billboard Top 200 Albums Chart, #4 on the Billboard R&B album chart, #10 on the Billboard Digital Album Chart, and placed #1 on the iTunes R&B Soul Album chart.

The Boyz II Men crossover appeal comes from combining hip-hop beats overlaid with harmony and using every singer as a solo artist as well as a group performer.

The group had an extended engagement at the Mirage in Las Vegas through 2014, during which time they also received a star on the Hollywood Walk of Fame. The Las Vegas Review Journal lauded them for two reasons: that Wayna Morris, Shawn Stockman and Nathan Morris are all strong singers, and two, that they become greater with harmonies that make the sum greater than their parts.

Ask any successful pop or R&B superstar which artists have inspired them – chances are Boyz II Men will be at the top. From Justin Timberlake and Usher to Justin Bieber and Beyonce, the most successful stars in the industry look to Boyz II Men as their idols.

Boyz II Men have made R&B accessible to the masses and have helped the genre come into its own—and fans throughout the world flock to see them perform at sold out shows., including a wildly successful tour with New Kids on the Block and 98 Degrees.  The trio was also featured on FOX’s live television musical event “Grease,” where they played The Teen Angels.  Earlier this year, Wanya Morris was a contestant on ABC’s reality dance show “Dancing With The Stars,” where he earned himself a spot in the semi-finals with Lindsay Arnold, his professional partner with Utah ties.

Signed to BMG, the group will be releasing a new album of original material this September called Collide. This will be a landmark album for Boyz II Men, showcasing a new and different sound for one of the most successful and enduring groups in mainstream music. Two of the tracks, “Better Half,” and “Diamond Eyes” were featured on a special episode of ABC’s hit show, “The Bachelorette” this summer.

SCERA President & CEO Adam J. Robertson says, “We’re bringing Boyz II Men back for a second time because they were so wildly popular.  It will sell out, so I’d encourage you not to delay in getting tickets.”

General admission tickets to the concert at $25 for adults and $20 for children (age 3-11) and seniors (age 65 and older). Patrons may bring a blanket or rent a first-come, first-serve chair for $1.00 (limited quantities).  Reserved seating areas are sold out. Tickets are available at www.scera.org, by calling 801-225-ARTS, in person at the SCERA Center for the Arts (745 South State, Orem), open 10 a.m. to 6 p.m. weekdays, and Saturdays from noon to 6 p.m. The Shell is located in the center of SCERA Park, 699 S. State St., Orem.