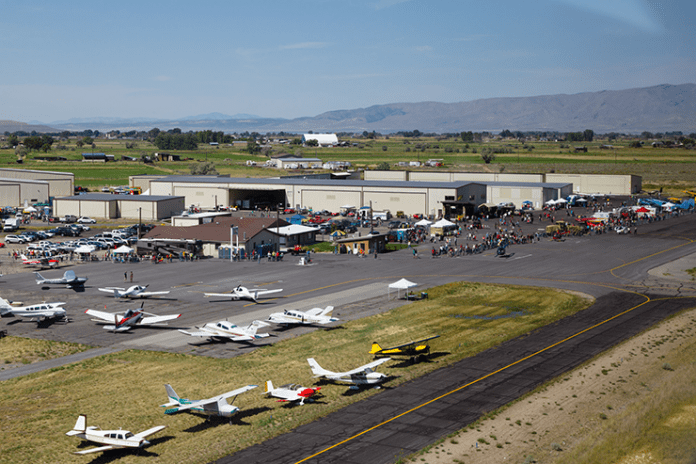 r By Ed HelmickrEvery two years, the Spanish Fork/Springville Airport holds a spectacular open house event, and it is that time of year again. Like past year’s events, the program this year will include a variety of transportation-themed displays and activities of interest to all ages. The purpose of the open house is to build community awareness and support for the airport that is jointly operated by the two cities.rThe open house will commence with a “Run the Runway” foot race followed by skydivers. This is an airport and a static display of general aviation, law enforcement, air ambulance and military aircraft will be a major feature. A car show always helps to bring out a crowd and for good reason. Keeping with the transportation theme, a kid’s train ride will circle several of the hangars just for the fun of it. Flight demonstrations will be conducted in the afternoon followed by airplane rides later in the day. Throughout the day, a live band will be playing in a central area of the airport ramp.rThat’s not all: everyone who attends will receive a ticket for the prize drawings selected throughout the day. A food court and dining tent will be available to take care of everyone’s hunger. Vendor booths will have a variety of transportation-themed items for sale for both fun and education.rFor those that do not know, the Spanish Fork/Springville Airport is located at 2050 N. Main in Spanish Fork. It is suggested that you come early for the best parking and to take in a full day of entertainment. You are certain to see things that you have not seen before.