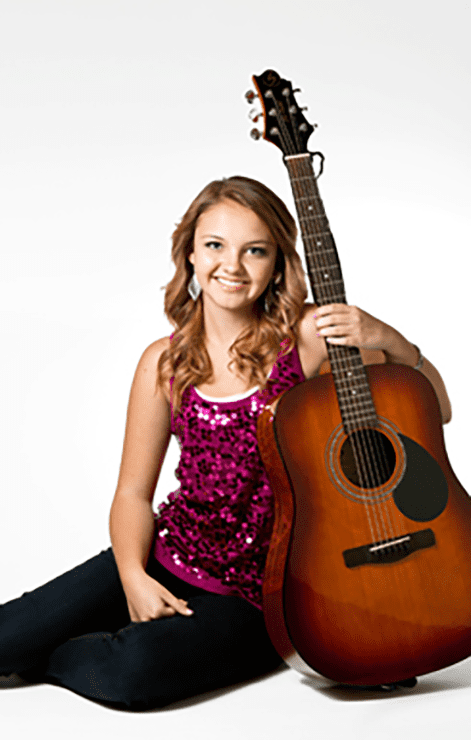 r The Springville Arts Commission is pleased to present Whitney Lusk in concert on Sunday, Sept. 18, at 4:30 p.m. at the Springville Museum of Art. This concert is free to the public. The museum is located at 126 E. 400 South in Springville.rWhitney Lusk is a singer-songwriter from Utah. From the age of 8, she has been vocally trained by industry professionals. Whitney’s dream is for her songs to bring back the music to the music industry and touch people’s lives through the stories she tells. At the age of 14, Whitney performed with a national country cover band that opened at music festivals for major artists such as Kellie Pickler, LeAnn Rimes and Billy Currington. At age 16, Whitney took to the stage herself with her own music and opened for country duo Maddie & Tae. Since then, she has opened for YouTube sensation Andie Case with a sold-out show in Salt Lake City. She has been featured on several Utah radio stations for being one of Utah’s up-and-coming singers.

Whitney recently released her new EP, self-titled “Whitney Lusk,” which is already getting national recognition for her song “I Wanna Know,” which was used in the movie “A Light In the Woods” produced by K. Vernon Castleton. The movie premiered at the World Premiere LDS Film Festival in 2014 and won two awards from the UFF. Her single “Dark Side” gained her an exclusive interview with www.popwrapped.com.

Whitney traveled to Los Angeles, Calif., and attended a workshop where she worked with top industry artists Colbie Caillat, John Rzeznik from the Goo Goo Dolls, and Aisha Francis. Whitney’s original song “Picasso” won her a trip to Nashville where she wrote with top industry singer-songwriters on Music Row and performed at the famous Bluebird Café. Whitney recently had the opportunity of filming a new reality TV show www.thesongtv.com which will premiere on national TV in the fall of 2016.rThe Oct. 17 concert of the Sunday Concert Series will feature Christopher Holmes, executive director of Utah Lyric Opera; Isaac Hurtado, director of opera at UVU; Melissa Heath, voice teacher at UVU; and their contemporaries and students performing various operatic and show tunes.

Fight the New Drug presentations: An invitation to all parents