5 reasons a box is the best toy ever 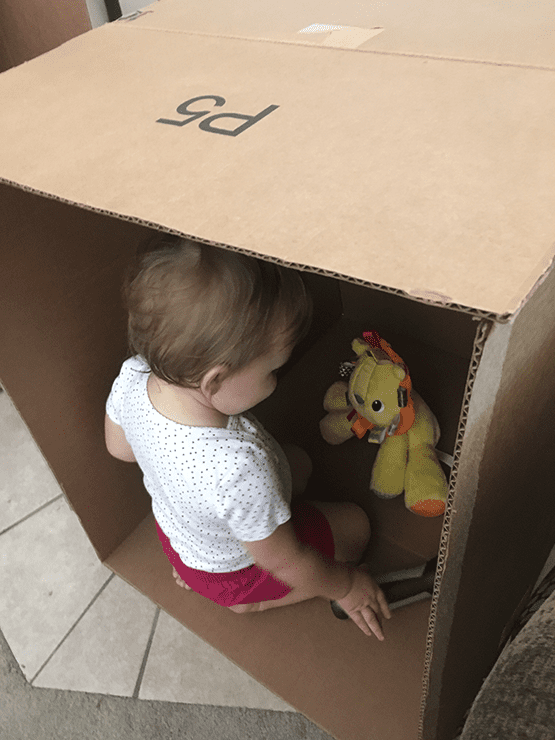 I have two daughters, ages 12 and 5. Their Mom keeps them well-supplied with nice, cute, clothes. When they...
Read more
Joseph Capell

Social distancing shouldn’t be that hard for me. Why? Because there’s not much difference between social distancing and being socially awkward, and...
Read more
Joseph Capell

I’ve missed restaurants. Don’t get me wrong, I love my wife’s cooking. Heck, I don’t even mind my own cooking. But, there’s something about being able to go someplace and letting other
Read more
Joseph Capell

A month ago, I had never heard of the term “social distancing.” Now, it’s a way of life.
Read more
Joseph Capell

Funnyish-Fun for Kids can be Hard Work

Kids just want to have fun. But, before kids can have fun, adults usually have to put in a lot of work.
Read more

A box is affordable.rWe didn’t pay any money to get the box. Oh, sure, you might say that part of our annual Amazon Prime fee goes to paying for the boxes, but I think that’s just nitpicking. Besides, it doesn’t have to be an Amazon Prime box for the kids to enjoy it. Quite often boxes that toys come in get played with more than the toy that came in the box.

A box is durable.rWe have had the box that is currently in our living room for several months. In that time it has been stepped in, stepped on, sat in, sat on, kicked, punched, turned upside down, stood upon, and taken pretty much any other abuse that can possibly be inflicted upon it by four children. And still it stands! (Very few purchased toys would be able to withstand such a thrashing.)

A box is disposable.rAnd yet, if the box were to collapse, or if we, as parents, got tired of it, we could simply break it down and put it in the recycling bin. Recycling is a good thing. We can use the box to help “save the planet.”

A box is replaceable.rIf we do get rid of the box, there’s nothing to worry about. Why? Well, another box will be along soon to take its place. There will be another large toy, small appliance or Amazon Prime order. There will always be another box.

A box is versatile.rThis is the key. A box can be anything! Over the past several weeks, the box in our living room has been a race car, a spaceship, a closet, a submarine, a stage, a transporter machine, a boat, a movie theater’s desk, a coffin, a castle, a cave, a space station, a coloring book, a hiding place and a throne. (Among other things.)

Oh, and a radio. (One kid hides inside the box. A second kid knocks on the box and requests a song. Then, the kid who is hiding inside the box must sing the song that has been requested.) Box!

So, yes, a box is the best toy you could ever have for your children. They’ll have hours and hours of fun with it. (Unless you want them to play with the box. If so, they’ll completely ignore it.)

The Secret is to Give and Receive

By Danie Davis The common phrase of “there is always give and take” just...
Read more
Joseph Capell

I have two daughters, ages 12 and 5. Their Mom keeps them well-supplied with nice, cute, clothes. When they...
Read more
Viewpoints

Salina once site of POW camp during World War II

It is almost forgotten history that during World War II 425,871 prisoners of war were brought to the United States and housed...
Read more
Our Print Advertisers

By Daniel Whitlock Kinding started as a project for me to practice my design and front-end development skills.
Read more
Business

Achiever Preschool of Spanish Fork is closing its doors after 36 years. The preschool was started by Beverly Anderson....
Read more
Focus

The Spanish Fork Airport Manager, Cris Child, not only manages the airport for Spanish Fork, but he is also a pilot and...
Read more
Focus

Happiness for Heroes Campaign gives hope to veterans in isolation

The veteran’s home in Payson is an excellent facility, as anyone who has visited knows. However, because of the COVID pandemic our...
Read more
Education