Decorated veteran to speak on ‘Remembering Is Healing’ 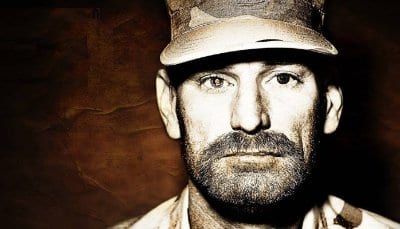 Gordon L. Ewell is an award-winning author, inspiring motivational speaker and devoted veterans’ advocate. He will speak on Wednesday, Nov. 2, at 5:30 p.m. at the Springville Senior Center, located at 65 E. 200 South in Springville. His topic is “Remembering Is Healing.”

The public is invited to attend.

Ewell was born in Nephi in 1967. After 24 years of dedicated military service, Ewell was medically retired and honorably discharged from the U.S. Army in 2010 having served active duty in both the Army and Utah Army National Guard.

Through 2005 and 2006, Master Sergeant Ewell served in the war in Iraq in the Explosive Hazard Coordination Cell under the Multinational Corps Commander over all 29 countries fighting the war. While there, he completed about 60 dangerous combat missions, earning the Bronze Star in part for preserving soldiers’ lives and performing under enemy attack. He was the first senior NCO in a special Mobile Observation Team and coauthored the first modern-day warfare handbook used by U.S. soldiers with the arduous mission of “route clearance.” His teams were finding more than 100 bombs per day and more than 3,100 per month. Six times he was in a vehicle directly blown up by roadside bombs as well as twice more. After the last explosion, he returned home to begin a long six-year recovery period from injuries which included, among others, a broken neck, severe traumatic brain injury, cranial facial reconstruction, loss of his right eye, severe visual damage, hearing loss and many neurological injuries. He received the Purple Heart.

Among his other noteworthy awards are Eagle Mountain City’s Citizen of the Year, State of Utah Executive Award of Merit from the Department of Public Safety, and the Myers Evergreen Memorial’s Humanitarian of the Year. Ewell was presented the highest award the Commonwealth of Kentucky can bestow, a commission as a “Kentucky Colonel.”

He is the author of five books including “Dung in My Foxhole” and “A Lifetime at War,” which received the prestigious Eric Hoffer Award in 2015 for Excellence in Literature.

Ewell continues to serve veterans at the George E. Walhen V.A. Medical Complex in Salt Lake City as a member of the hospital’s Volunteer Services Committee, as an advisor to the Warrior Transition Assistance Team (Fort Knox), and as a board member of the amazing charity Hand in Hand Outdoors and the American Heroes Project, helping veterans and their families suffering from severe disabilities and PTSD.

Tennis duo takes their friendship all the way to state title