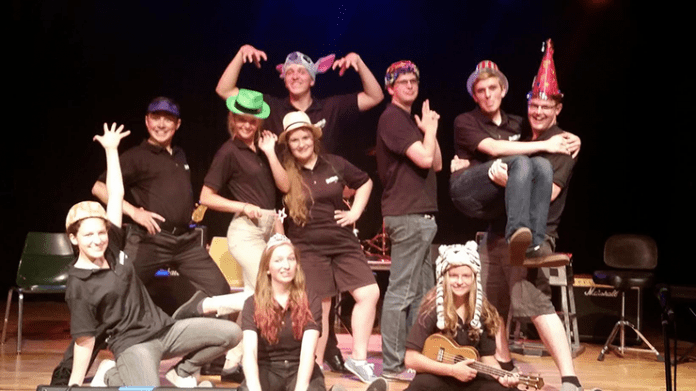 r Local performance group Unstable Improv, in addition to its regular performances, has begun teaching team building classes, the purpose of which is to help people learn to open up and work together.

The group was organized at American Leadership Academy by theater teacher Sandra Millet and did several performances throughout the year. They were offered a chance for regular performance by Curt Gordon, owner of Boothe Brothers Performing Arts Center in Spanish Fork. They now perform every Tuesday night at 8 p.m. Now that the group has hit its stride, its members hope to continue their outreach, specifically to local youth groups.

Improvisation, or “improv,” is a theater style in which everything is made up on the spot. It teaches some valuable lessons. “Improv is a selfless activity,” Millet said. “The only way to get a scene going is for both scene partners to support each other. It inspires teamwork, quick thinking, communication and leadership.”

The group’s first workshop took place on Tuesday, Sept. 20, at the Boothe Bros. Performing Arts Center for a Payson LDS young women’s group. After a few “getting to know you” games, the troupe introduced the rules of improvisation and let the girls try for themselves. Then, after the workshop, the young women stayed to watch an improv show using the same techniques taught in the class.

To find out more details about the classes, check out the group’s Facebook page or contact Sandra Millet at unstableimprov@gmail.com. Then be sure to stop by the Boothe Brothers Performing Arts Center on Main Street in Spanish Fork to see Unstable Improv perform at 8 p.m. on Tuesday nights.

God expected Zion to be built in Utah