Book Look: Stories of courage help others be courageous 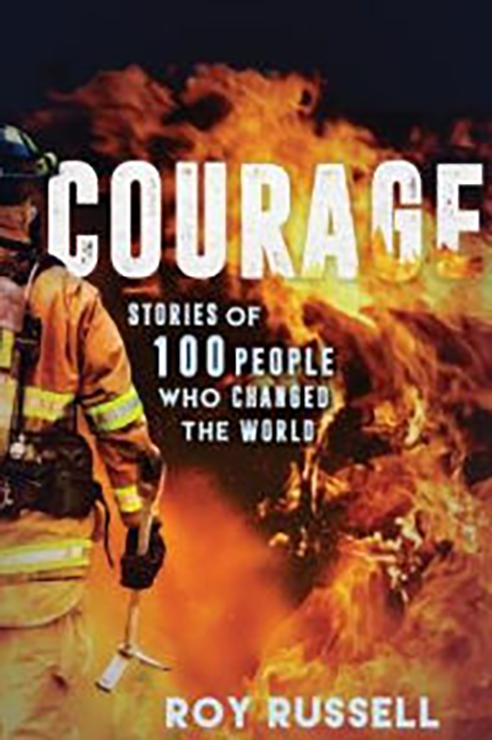 r When author Roy Russell wrote a compilation of 100 stories of courageous people who inspired him, he hoped the stories would also benefit readers.rHe was right – the stories found in his book “Courage: Stories of 100 People Who Changed the World” are not only interesting, they also encourage others to be brave. After sharing a few of the stories, I asked a couple of young people to comment on a favorite chapter.r“I liked the story about Kate Shelley who was a hero because she stopped a train from going into the river,” said Morgan Fegan, 10. “Maybe if someone saw a train about to crash, they would not just watch after they read this story. I’ve seen videos where people just watch instead of making a brave effort to stop something bad happening.”rLeila Salatielu, 10, loved the story about swimsuit designer and business owner Rose Marie Reid. Rose Marie started her own business in the 1930s and soon became the largest producer of women’s swimwear in the world.r“I want to have my own bakery when I grow up,” Leila said. “This story was about a challenge and how Rose Marie sewed and created swimsuits and still had to take care of her family. It makes me know I can do that too.”rThe author retells stories of ordinary heroes and historical figures. Some are well-known like Johnny Appleseed, Rosa Parks and Nathan Hale. Others have stories of courage that have not been told as often. Several of the chapters tell the stories of soldiers whose courageous acts saved many lives.rIn the preface, Russell shares the reason for the book: “We can probably never have enough books dealing with courage and bravery available to us. With that in mind, I have compiled one hundred stories of courageous people who have inspired and uplifted me.”rIf you were to compile a list of 100 courageous people, who would you include? After reading this book, I began making my own list. Some of the same famous people are on my list, but many are quiet heroes who have influenced me and given me courage.rAs John Wayne famously said, “Courage is being scared to death and saddling up anyway.”rThis book will be one of the Christmas gifts my family members receive this year. I hope they will read it and read it aloud.r”Courage” is available from local publisher Cedar Fort at its Springville store or online at cedarfort.com. It is also available at Barnes and Noble and Amazon.

MMHS “Welds it Forward” Needs Your Vote Before March 26