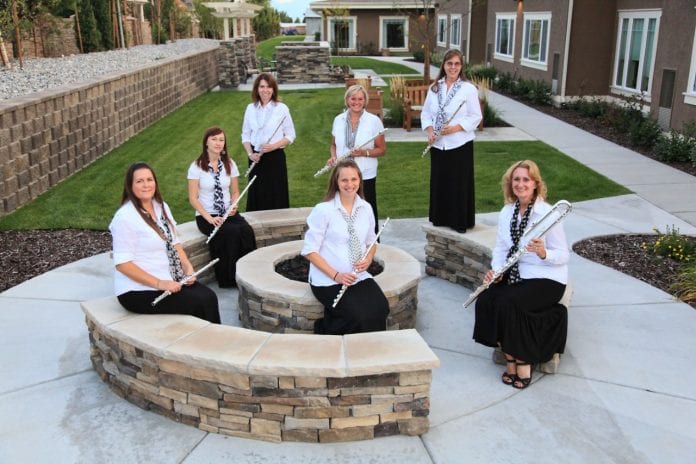 r Silver Winds, a flute ensemble, will perform at 4:30 p.m. in the Springville Museum of Art on Sunday, Nov. 20. The concert is free to the public and sponsored by the Springville Arts Commission.

Silver Winds was formed in 1989 by a group of women who had the desire to stay active with their musical talents. They practice together at least every other week, which is a respite from their busy lives. The group is constantly evolving, but the focus is always the same: to use and share their talents.

Besides the C flute that most people are familiar with, the piccolo, the alto flute and the bass flute add to the group’s full sound and will be used at this concert.

Sarah Allen lives in Lindon. She has been playing the flute since fifth grade and is currently the principal flutist for the Pleasant Grove Orchestra.

Adena Campbell is from Spanish Fork. She has been playing flute for 24 years.

Penny Curtis and her husband Don live in Highland. Penny started playing with Silver Winds in 1991.

Marie Egbert received her degree in flute performance from the University of Utah. She teaches private music lessons and has been playing the flute for 24 years.

Lynelle Haas lives in Pleasant Grove with her husband. She graduated from Brigham Young University in flute performance and has played her flute for 35 years. She teaches flute lessons in her home.

Amber Jones resides in Spanish Fork with her husband and four boys. She enjoys performing with several local orchestras and musical groups.

Donna Neibur is from Pleasant Grove. She received her fine arts/music degree from Southern Utah University. She began the flute at age 10 and has played on and off throughout her life.

Colette Smith of Orem started playing the flute when she was 8 years old and studied flute at BYU. She joined the Silver Winds a month after they were established.

Maudie Smith is one of the original members of the Silver Winds and has played the flute for more than 50 years. She and her husband currently live in Payson.

December’s museum concert will be on Sunday, Dec. 11, at 4:30 p.m. and will feature the Utah Valley Handbell Choir.