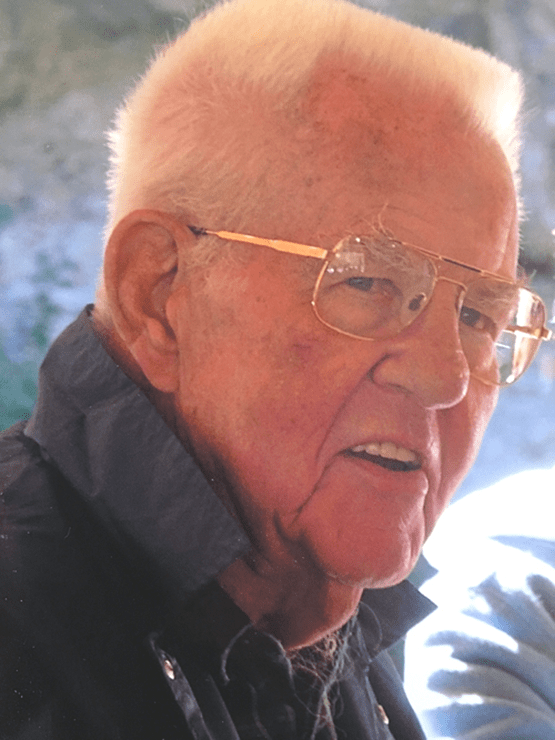 r Donald Eugene Kolling passed peacefully from this life at 6:30 a.m. on Monday, Nov. 21, 2016, surrounded by his wife and family in his home in Payson, Utah. His death was sudden but not unexpected. We are grateful that he lived as long as he did despite health challenges.

Don was born June 5, 1931, in a farmhouse on a hill outside of Abilene, Kansas. Born to Albert E. Kolling and Mabel A. Ross, Don spent his childhood and youth as a farm boy in the same area. After he graduated from Abilene High School, he joined the Marine Corps. His military service includes the Korean Conflict. Don married Audrey Marie Thomas, who he met hitch hiking, on May 22, 1953. They raised their children and spent most of their marriage in Southern California, relocating to Utah in 1982.

An active outdoorsman, Don loved fishing more than anything, although he refused to eat fish. He enjoyed camping, reading, genealogy, musical theater, good movies and music. Blessed with a wonderful baritone voice, he traveled with his school choir and sang in church choirs. Our home was filled with music, from Sousa’s marches to the calypso of Harry Belafonte and everything in between. He played several instruments by ear. His friendly, helpful nature was well suited for a sales career, and he spent most of his working years selling auto parts both wholesale and retail.

Don was a member of The Church of Jesus Christ of Latter-day Saints. He watched the Payson temple rise from the dust and, when it finally opened, served as a temple worker alongside Audrey until his failing health precluded it. He was also an active member of Alcoholics Anonymous for 36 years where countless men and women benefited from his service and wisdom. After retiring, he served for several years with the Senior Companion Program where he assisted senior citizens with errands, visits and friendship.

Family was everything to Don. He traveled many times to Kansas for family reunions, most recently just this past July. He loved his kids and grandkids and was interested in all their adventures. After many years apart, Don again married his only true love, Audrey, on Sept. 19, 2011. The last five years have been sweet as we have watched them love and support each other and enjoy their family, once again together forever. Dad was a gentle giant, and we honor him for his patience, his tender loving ways, his humor and wit, and his example of selfless service.

In lieu of flowers, Dad requested simple donations be made to Wounded Warrior Project or MADD. These are the two charities he especially cared for.