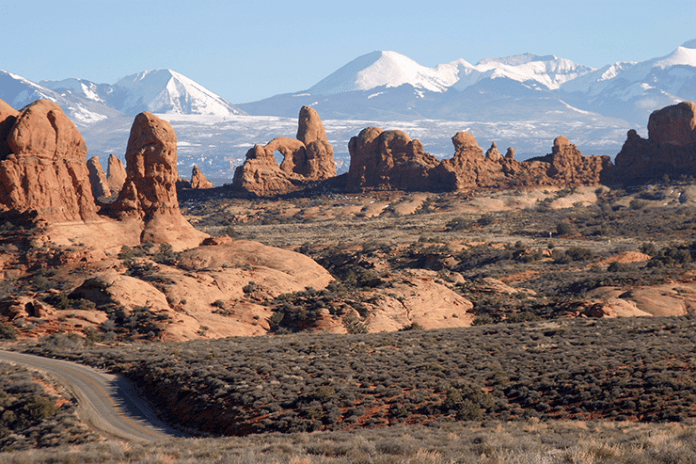 r As most of us know and are proud of, Utah is blessed with five national parks: Arches, Canyonlands, Capitol Reef, Bryce Canyon and Zion. Utah also has eight national monuments: Cedar Breaks, Dinosaur, Hovenweep, Natural Bridges, Rainbow Bridge, Timpanogos Cave, Grand Staircase-Escalante and the newly designated Bears Ears National Monument. To encourage people to get out and enjoy the unique beauty of our national parks and monuments, the U.S. National Park Service announced in December that there will be 10 entrance fee-free days during 2017. This is an opportunity to save a little money while vacationing with family and friends.

The days will be as follows: Jan. 16 (Martin Luther King Day), Feb. 20 (Presidents Day), April 15-16 and April 22-23 (weekends of National Park Week), Aug. 25 (National Park Service Birthday), Sept. 30 (National Public Lands Day) and Nov. 11-12 (Veterans Day weekend).rDuring January and February, our Utah national parks are cold and snowy, but the snow adds a unique beauty to our spectacular landscape that a lot of people miss. Furthermore, our parks and monuments are not crowded and congested like they are in the summertime. Lodging rates are more attractive in the winter. Think about scheduling a visit to one of our parks or monuments with family and friends on Martin Luther King Day or Presidents Day and saving the cost of the entrance fee.

Ladies in Action aims to empower and uplift and inspire women