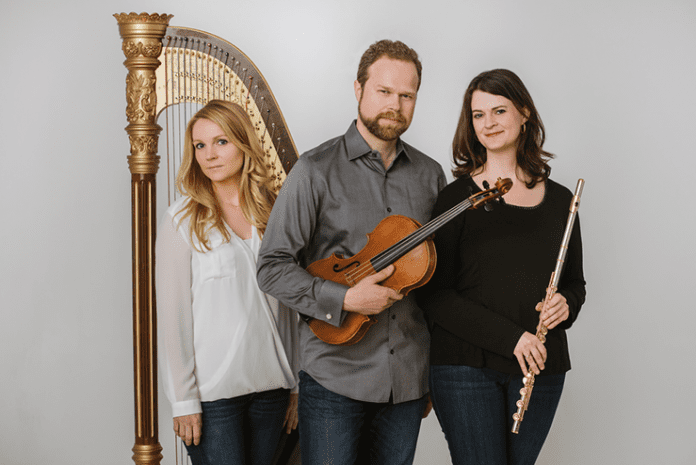 r Hat Trick, a flute, viola and harp trio, will perform as part of the Sunday Concert Series at the Springville Museum of Art on Sunday, Jan. 15, at 4:30 p.m. The concert is free to the public.rFormed in 2013, Hat Trick is a virtuosic flute-viola-harp trio. Hat Trick presents works commissioned by and for the ensemble and also performs classic trio repertoire. Hat Trick is based in the New York City area, with concerts scheduled locally and across the country. The trio recorded a debut CD in December 2014.rRecognized as a leading flutist of her generation, April Clayton is a professor of flute at Brigham Young University and Woodwind Studies Chair at The Gifted Music School. She is a member of the Orpheus Wind Quintet and principal flute with the Utah Chamber Artists. April had her debut solo recital at Carnegie Hall. At The Juilliard School, Clayton was a Starr Doctoral Fellow and the youngest student to have been admitted to the D.M.A. program. Clayton was principal flute and concerto soloist with the New York Lyric Orchestra. Her students have won first place awards in the NFA High School Soloist, Orchestral Audition and Piccolo Artist Competitions.rDr. David Wallace is an eclectic violist, an award-winning composer, a master teaching artist and chair of Berklee College of Music’s String Department. He received his D.M.A in viola performance from Juilliard. Wallace performs regularly with his Texas-style swing band The Doc Wallace Trio. He is known for his mastery of many styles ranging from classical to rock. As a composer, Wallace has received commissions from Carnegie Hall, the New York Philharmonic and Juilliard.rKristi Shade began playing the harp at the age of 2 and has since become one of the preeminent emerging harpists in the industry. A diverse performer, Shade performs in a variety of musical genres. Shade received her bachelor of music degree from the University of Miami. She received her master of music degree from the Manhattan School of Music. Shade is the principal harpist with the Chamber Orchestra of New York. She is also a member of the harp duo Duo Scorpio. Shade currently resides in Manhattan where she has been on faculty at the Manhattan School of Music Precollege Division since 2007.rOn Sunday, Feb. 19, the Sunday Concert Series will feature soprano Louise Payne, whose repertoire includes opera, show tunes, hymns and uplifting music of all kinds.