4-day school week approved for ALA 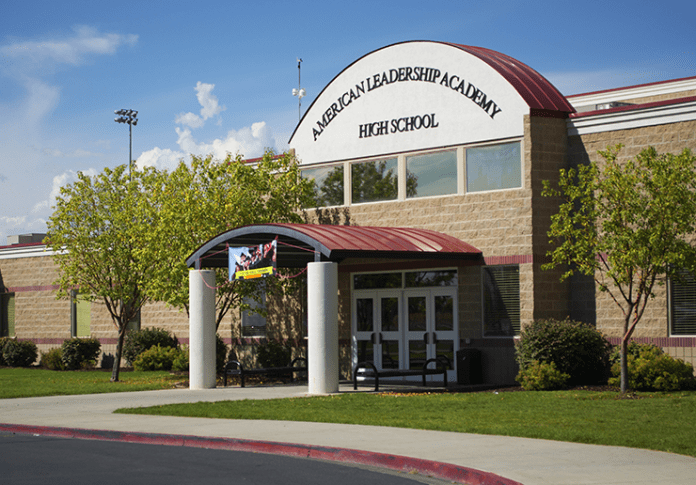 On Jan. 13, the Utah State Board of Education passed American Leadership Academy’s proposal to waive the 180 school days required each school year and allow a four-day school week.

The four-day school week will begin at ALA with the 2017-18 school year. ALA is a charter school located in Spanish Fork.

“It was clear in our conversations with members of both the State Charter School Board and the State Board of Education that they were both interested in our proposal and believe that it will be successful,” said Rich Morley, director of American Leadership Academy.

ALA will report to the state school board/charter school board on an annual basis certifying that they have provided 990 hours of instructional time and met other academic goals. The waiver will be reviewed in three years for possible renewal.

“Research on the four-day school week demonstrates that attendance actually increases,” said Paul Ashby, ALA’s assistant principal of secondary education. “For example, parents will be able to schedule doctors and dentist appointments on Fridays instead of checking them out of class. With this extra day, other schools with such programs have noted the dramatic decrease in both teacher and student burnout.”

ALA is currently planning the programs and schedules to implement the four-day school week for 2017-18. “Parents and students are invited to share their thoughts about how we can make this a dynamic and innovative educational structure,” Morley said.

Kimberley Searle, ALA assistant principal and director of CTE, said she believes the change will bring many opportunities. “We are doing something innovative, creative and revolutionary in changing the way our children approach education,” Searle said.

Last spring, 90 percent of teachers voted in favor of the four-day school week. This gave encouragement to the Board of Trustees, which voted to propose it to the parents. On Sept. 6, 2016, 525 parents completed surveys. Sixty-one percent were in favor, 27 percent were opposed and 12 percent were undecided.

After further board and parent meetings, a consensus was reached wherein ALA would meet the 990-hour requirement by teaching from 8 a.m. to 3:15 a.m. four days a week for 157 days. Teachers will still come to work every other Friday during the school year for professional development. Students will also participate in remediation and extra-curricular activities on Fridays as needed.

“We recognize that the four day school week isn’t for everyone,” Morley said. “Some families will choose to have their children attend a traditional school next year. For others it may be an attraction.”