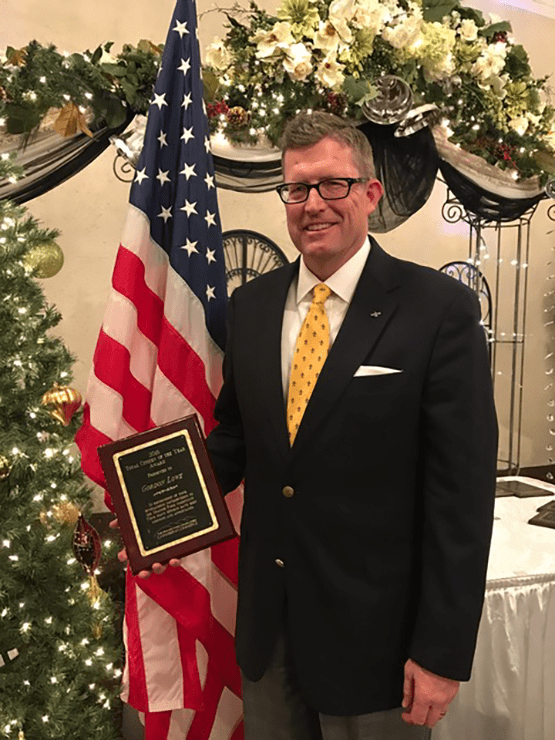 The Spanish Fork Salem Area Chamber of Commerce has announced that it has named Gordon Lowe as the recipient of its Total Citizen of the Year Award.

The award was presented to Lowe during the chamber’s Installation Banquet on Jan. 11.

For more than 20 years this award has recognized individuals in the community who have demonstrated a willingness to volunteer their time to meaningful causes. Those who have received this award have made it their life’s mission to serve others and have a positive impact on the lives of countless individuals.

In 2006, Gordon Lowe had an idea to organize a community Scout group made up of teenaged young men and women looking for opportunities to gain leadership skills, provide service and experience high adventure. From that idea came the Spanish Fork Community Venturing Crew of the Boys Scouts of America. This Venturing crew, which is chartered by the Spanish Fork Salem Area Chamber of Commerce, is the longest-running Venturing crew in the entire United States. Last year it celebrated its 10-year anniversary and along the way it has seen an average of 25 youth per year participate in the program. They have seen more than 30 of their participants achieve the Venturing Silver award, the pinnacle achievement in the Venturing program. Multiple youth have served in BSA leadership positions including one member of the crew who served as the national president of the Venturing organization.

The Venturing crew provides service in the community in a myriad of ways including helping to staff and run the annual Easter egg hunt and providing the Colors at events like the chamber’s Installation and Awards Banquet and the Winter Lights Parade. Each year the crew helps sponsor and host a winter biathlon competition at Miller’s Flat on the Skyline ridge, drawing Scouts from all over the area for an exciting day of competition and endurance.

Above all, the youth who participate in the community Venturing crew learn valuable skills in leadership, organization, service, integrity, hard work and citizenship. They are truly the future leaders of communities, the business owners and entrepreneurs of the future, and the future educators and administrators in our schools. Behind the scenes, helping to keep this group moving forward, Gordon Lowe is sacrificing his time and resources to see this group succeed.