My Sister’s Closet named Business of the Year 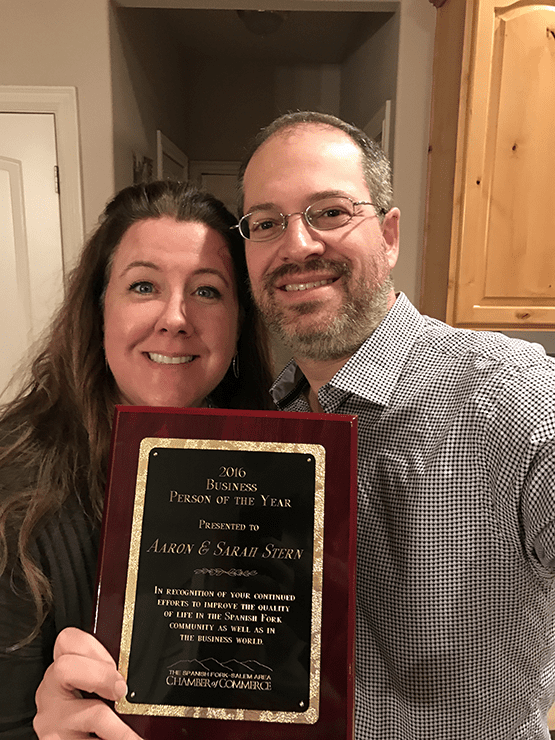 My Sister’s Closet in Spanish Fork has been named the recipient of the 2017 Business of the Year Award by the Spanish Fork Salem Area Chamber of Commerce.

In 2010, Aaron and Sarah Stern rolled into town as new move in’s from California. They arrived late in the night and found that they were locked out of their new house and spent the night in their car waiting till the next day to get into their new place. They then quickly went to work putting together a strategy to duplicate a business model Sarah had developed in California by selling clothing in a boutique-style setting here in Spanish Fork. They were successful in purchasing a small storefront location on Main Street. From there, they had the beginnings of what has since grown into a dynamic destination for shoppers not just Utah County but throughout the country.rToday, My Sister’s Closet serves the local community with its Main Street store, which has since moved a few buildings away from its original location, while also serving customers throughout the United State and Canada through its online store. Aaron and Sarah have involved themselves with several local organizations to help serve the community and promote commerce throughout the city.

Aaron is currently serving as a board member on the chamber board of directors. One of his roles has been to help develop a subcommittee called Downtown on Main with Aaron serving as the committee chair. This group began as a byproduct of recommendations made through the 2015 CPAT project in Spanish Fork. A few Main Street merchants and property owners came together along with Spanish Fork City Economic Director Dave Anderson to brainstorm ideas for promoting growth and commerce, especially in our historic Main Street area of town. Aaron’s input and contributions have been a valuable resource for this group as it helped bring the movies in the park and food truck rally events to Spanish Fork as well as helping to launch the DT on Main website. Aaron has been a phenomenal addition to the chamber of commerce and its board of directors; his involvement has truly been an asset to the community.rNot to be outdone, Sarah has also become part of programs that help the community in a very personal way. Each year, My Sister’s Closet with Sarah’s supervision donates a significant amount of surplus clothing to Tabitha’s Way to help in its fundraising efforts. Tabitha’s Way is a food pantry located in Spanish Fork that raises operational funds through recycling clothing that is donated to it by local residents via donation bins found throughout southern Utah County. These clothing donations go a long way toward fighting hunger for countless families in Spanish Fork and its surrounding areas. Sarah’s willingness to reach out and find ways to use her resources to help other individuals and organizations thrive is one example of how she as well as Aaron are making a difference for good.