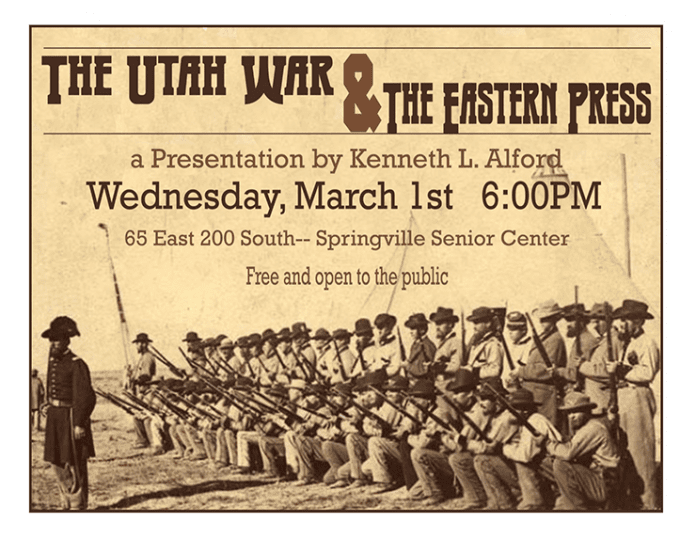 r The Utah War and how residents and members of the press in the eastern United States viewed it will be discussed during a historical lecture, “The Utah War and the Eastern Press,” planned on Wednesday, March 1, at 6 p.m. at the Springville Senior Center, 65 E. 200 South, Springville. The event free of charge and the public is invited to attend.

The lecture will be presented by Kenneth L. Alford,  a professor of Church History and Doctrine at Brigham Young University.

In the spring of 1857 while Congress was adjourned, the newly inaugurated President James Buchanan received several reports of insurrection and rebellion in the Utah Territory. The president ordered soldiers to Utah in May of 1857 and charged them to restore order and install new territorial officers. Popularly known as the Utah War (and locally referred to as the coming of “Johnston’s Army”), the deployment of federal troops to the Utah Territory in 1857-58 was controversial from the start.

This presentation will look at the Utah War through Eastern eyes and seek to answer several questions: What did the Utah War look like to readers of the New York Times and other Eastern newspapers? How accurately could they have understood the associated military and political events that occurred here? What recurring themes interested Eastern journalists? The answers are often humorous and always interesting. 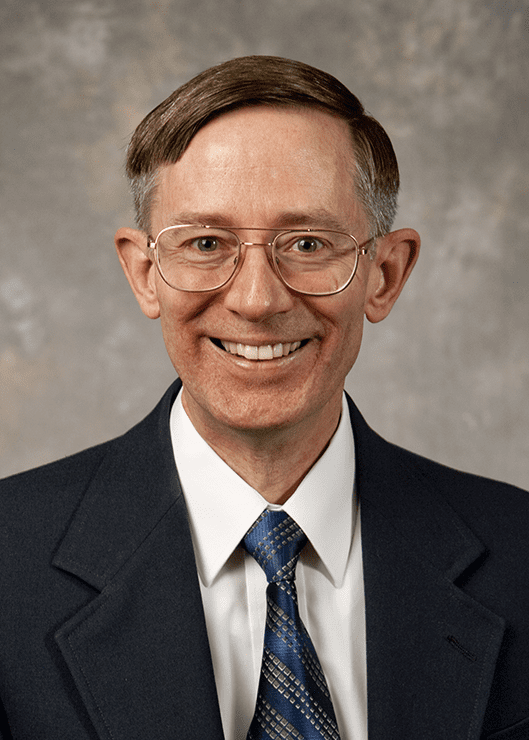 Kenneth L. Alford served almost 30 years on active duty in the U.S. Army, retiring as a Colonel in 2008. While on active military duty, he served in numerous assignments including time at the Pentagon, eight years teaching computer science at the U.S. Military Academy at West Point and four years as department chair and professor teaching strategic leadership at the National Defense University in Washington, D.C. He has published and presented on a wide variety of topics during his career. His current research focuses on LDS military service during times of conflict as well as the Hyrum Smith Papers project. Alford and his wife, Sherilee, have four children and 14 grandchildren.

Does it sound a little fishy?