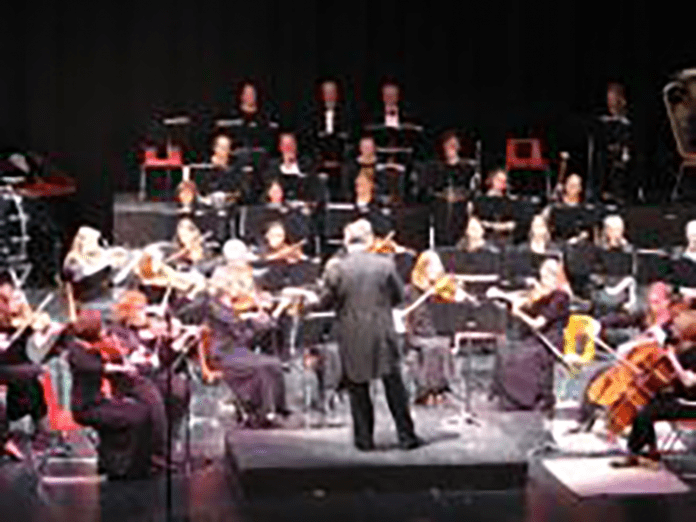 r On Sunday, March 19, at 4:30 p.m. in the Grand Gallery of the Springville Museum of Art, the Springville Arts Commission is sponsoring a concert featuring the Nebo Philharmonic Orchestra. They will be performing numbers evocative of the British Isles. The concert is free to the public and all are welcome. The museum is located at 126 E. 400 South in Springville.rThe Nebo Philharmonic Orchestra is a symphony orchestra of musical excellence and unusual versatility with a place of cultural significance in our community. The talented musicians who perform with the orchestra are united by a passion for great music and consistently perform at a professional level. Many of them are soloists or music teachers. Their expertise and talent allow the orchestra to tackle difficult repertoire in many different styles and idioms. By performing great music in classical and popular styles, the NPO provides local residents with the opportunity to hear live performances of music that has shaped the world in which we live.rThe orchestra was organized in 2006 with Benjamin Winkler as the conductor. The current director is Sherrie Dunford. The Nebo Philharmonic Orchestra is a full-size symphony orchestra. Membership is open to adult musicians, primarily in south Utah County (Springville to Santaquin), by audition. For information about performances, auditions and rehearsals, call 801-798-8879 or send an email to info@nebophil.org.rThe Mapleton Chorale is scheduled to perform on Sunday, April 16, at 4:30 p.m. at the art museum. The Mapleton Chorale was founded in 1994 by a small group of Mapleton residents with a love for choral music and a desire to rehearse and perform a broader repertoire than generally found in a traditional church setting. This dedicated community choir seeks musical excellence in every piece and enjoys singing a variety of music including classical, spirituals, folk songs, sacred hymns and popular tunes.