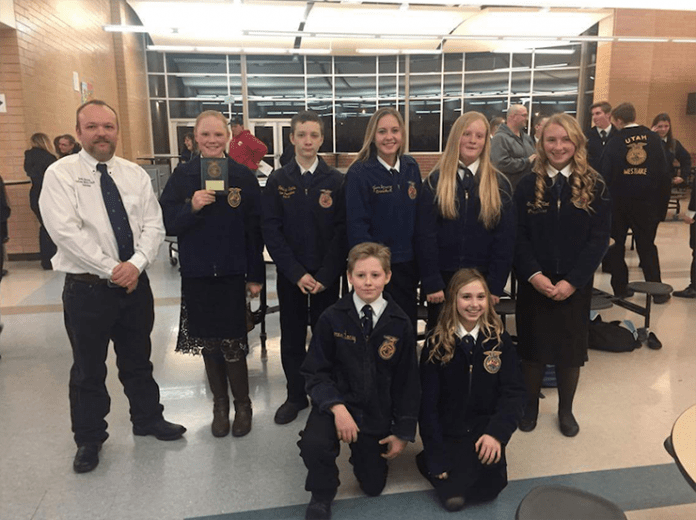 Chrishttp://www.servedaily.com
This is some about info.

It saddens my heart that so many are sick and so many are dying. May we at this time pause and have a moment of silence for those that we have lost. They are our family members, friends
Read more
In-Print

Remember to use be kind to change the world for the better. Learn about many people doing great things to serve their neighbors as we stand together while staying apart.
Read more

r By Josh EvansrrOn Jan. 30, the Salem Hills High School FFA competed in the Utah Area 5 Leadership Development Events. New to Utah this year is the Conduct of Chapter Meetings event, which is designed for seventh-, eighth- and ninth-grade students to learn how to conduct an officer meeting and use parliamentary procedure. The Salem Hills team placed first in the event. Members include Bailee Hansen, Maddie DeHart, Eli Evans, Bailey Hansen, Matt Lacey, Daycee Drury and Jourdyn Cardon. All are students at Mt. Nebo Junior High School.

In Prepared Public Speaking, Janie Lyman of Salem Hills High placed first with her speech entitled “Quagga Mussels.” In Creed Speaking, Haylee Stewart of Salem Junior High was one of two individuals that qualified to move on to state. Tait Ising of Mr. Nebo Junior High placed second in the event.

In the Farm Bureau Discussion Meet, Gage Gravley of Salem Hill High was one of two individuals that qualified for state. In Extemporaneous Speaking, Keelan Stewart placed third overall, and the Parliamentary Procedure team placed second. Salem Hills High also has five individuals  that will be receiving the State FFA Degree: Keelan Stewart, Sydney Harris, Jocelyn Bell, Kasey Hancock and Tanner Diamond. The state events will be held in Cedar City on March 9. Great job and good luck at state!

Luckily, before the Coronavirus, Nebo student athletic leaders and captains from junior high and high schools gathered for a Spring Captain’s Academy in March at the Nebo School District
Read more
Education

One fundraising effort is the annual “Green Fever” golf tournament that helps fund these various grants throughout the year.The “Green Fever” tournament is postponed until Aug. 31.
Read more
Focus

Did you know that landlocked Spanish Fork has a lighthouse? Yes, it does. It is a monument to the first Icelandic emigrants to the United States, who settled in Spanish Fork. Between 1855 and 1914, 410 Icelanders immigrated to Utah.
Read more