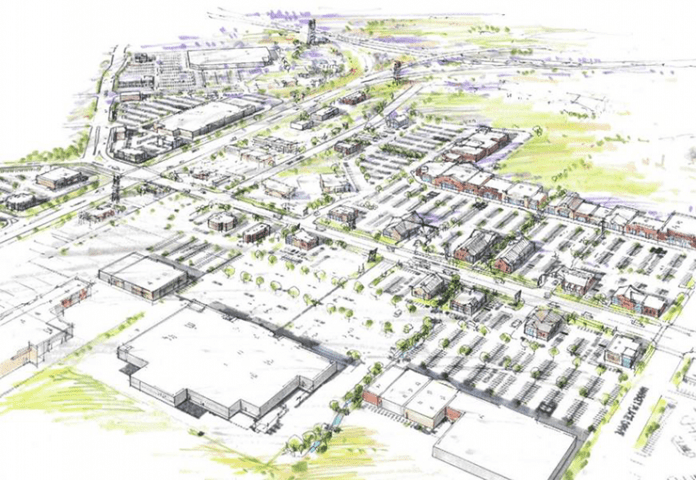 r Woodbury Corporation, a full-service real estate and development company, in partnership with WPI Enterprises, announced on March 23 that it will be adding approximately 245,000 square feet of retail and restaurant space to its Canyon Creek Shopping Center in Spanish Fork.

Upon completion of this expansion, it is anticipated that up to an additional 45 new retail tenants will be added, with the roster of national tenants including Cinemark, Downeast Home, Ulta, Famous Footwear, Petco and Ross, among others.

Canyon Creek Commercial Center is a 240-acre mixed-use development project that includes 65 acres of hospital and health care facilities and more than 1 million square feet of retail and commercial space. The center was created in partnership between Woodbury Corporation, WPI Enterprises and Scott Hanson, who worked closely with elected Spanish Fork officials whose priority and vision was to develop an otherwise underdeveloped area into a major commercial center to benefit residents.

This is one of the largest commercial developments currently underway along the Wasatch Front. The completed portion of the project includes tenants such as Costco, Walmart, Good Earth and Ace as well as approximately 148,000 square feet of other food, banking and retail tenants. As part of the overall project, nearly four miles of new roads have been built to connect the project to regional transportation systems, existing roads and residential neighborhoods.

“We envision Canyon Creek Commercial Center as a central hub for economic activity in south and central Utah County,” said Jeff Woodbury, vice president of development and acquisitions for Woodbury Corporation. “This project would not have been possible without the efforts of the elected officials and staff of Spanish Fork City, who play a critical role in the redevelopment of this area.”

“We are excited for these additions to our community. These stores will provide shopping opportunities to residents of our community and the surrounding area to stay closer to home and shop,” said Spanish Fork Mayor Steve Leifson. “We are very pleased with the variety this next phase brings to town, including a luxury first-run movie theater.”

Construction is now underway on the expansion, and will be completed with many new tenants opening for business this fall.