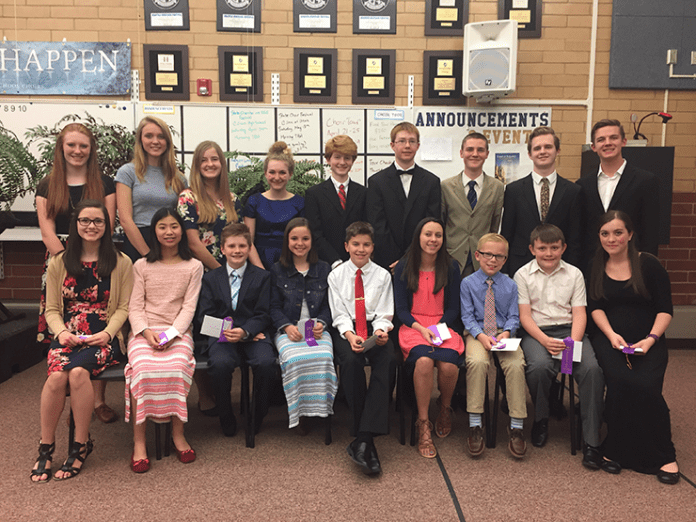 It saddens my heart that so many are sick and so many are dying. May we at this time pause and have a moment of silence for those that we have lost. They are our family members, friends
Read more

Every spring, 39 piano teachers in the area from Nephi to Springville enter their students in a solo festival through the National Music Clubs of America. This year they judged more than 500 students who each played two memorized piano solos. The top 75 students were chosen from that group to compete in the Honors Playoffs.

The judge was Daniel Olsen of Orem, who studied piano performance and piano pedagogy at Brigham Young University. He maintains a large private piano studio and his students have won top awards and have been finalists in many competitions. On March 11, he adjudicated 75 soloists and chose the top 18 students. These students performed in an Honors Recital on March 13 after which they received a ribbon and a $50 reward.

Social distancing shouldn’t be that hard for me. Why? Because there’s not much difference between social distancing and being socially awkward, and...
Read more
Education

Jessica Lindley, a teacher at Foothills Elementary, was named teacher of the year for the Nebo School District. Lindley...
Read more
Giveaways

Writing is a lonely endeavor, but inspiration is often a crowded room. A combination of the two can lead to magical places.
Read more