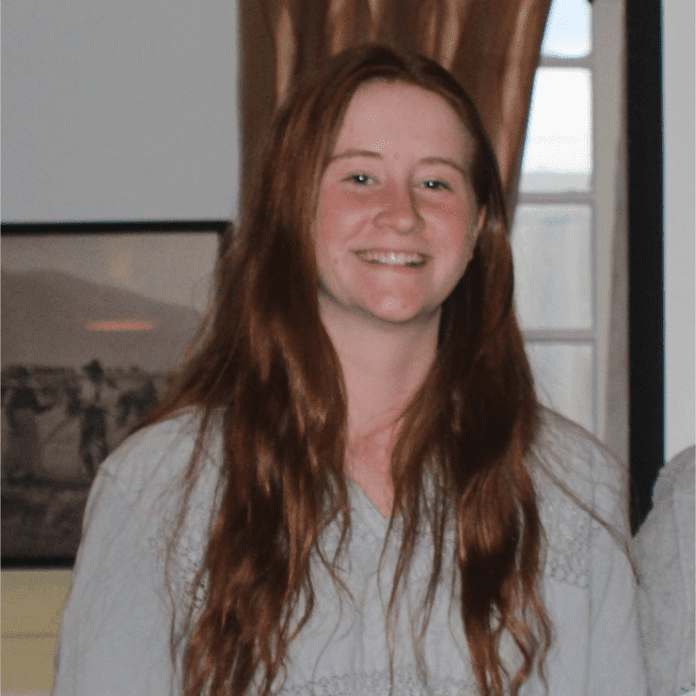 On April 27, the Springville-Mapleton Pioneer Museum, sponsored by the local company of the Daughters of Utah Pioneers, held a Film Festival at the DUP museum in Springville. Producers of the three winning film entries received cash awards as well as the honor of having their films showcased in the festival and on the Springville Pioneer YouTube channel.

The Springville-Mapleton DUP received a generous grant last fall from the Springville City Arts Commission. The grant was used to fund the Film Festival awards, but it also went toward the purchase of a new projector and screen which will be used by the DUP and the Springville Historical Society for future events and presentations. These organizations are dedicated both to preserving local history and to bringing the stories and history of early Springville and Mapleton to life.

The films presented on Thursday are excellent examples of this effort. Third place was awarded to Steven and Susan Bartholomew for their film titled “How the Halls Came to Springville,” which included an interview with Norley Hall about his ancestor Edwin Hall and his twin brother Edward. According to Hall, Edward put roots down in Springville even before colonists were officially sent by LDS Church leaders to settle the area.

Tona Dyer Cox and her grandson Jason Haymond Jr. took second place with their film “Life of Cynthia Davis Clyde.” This pioneer grandmother, known in the community as “Granny Clyde,” had first-hand experience of persecutions against the Mormons in Missouri and Illinois and eventually became the first Relief Society president in Springville.

First place went to a short film about “The First Eight” families to officially settle Springville. A descendant of the Crandalls (four of the first eight families belonged to the Crandall clan), Lauren Whiting is currently a sophomore at Maple Mountain High School who plans on studying film production. We think she is off to a good start, if this film is anything to go by.

The DUP extends an invitation to the public to stop in at the museum to view these short films about the history of Springville and Mapleton. Or, if you prefer watch them on YouTube, search for the “Springville Pioneer” channel or do a Google search for the titles listed above.

After you have watched them, you might be inspired to record your own family history, especially if you have an ancestral or historical connection to Springville. We encourage you to do so. Any film you produce (be mindful of fair use and copyright laws) can be sent to SpringMapleDUP@gmail.com to be included on our YouTube channel and in the next Film Festival.