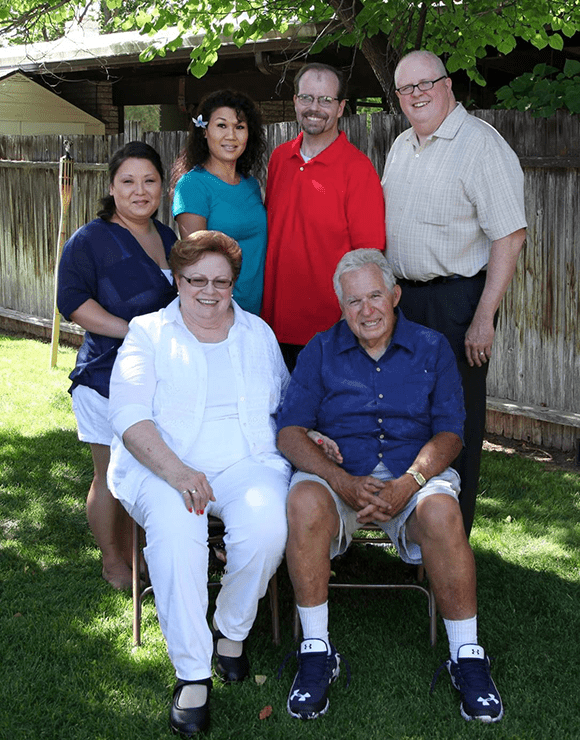 r Springville residents Alan and Carol Curtis have been named grand marshals of the 2017 Art City Days Grand Parade. The parade will begin at 10 a.m. on Saturday, June 10, and travel down 400 South and Main Street.

Alan Loy Curtis was raised in Springville where he was active in youth football, baseball, and the rifle club. He graduated from Springville High School in 1963 where he was active in drama and sports. He played offensive and defensive tackle for football. He also participated in wrestling and baseball. Alan attended Snow College on a football scholarship, playing tackle for the Badgers. He was also very active in choir, drama and other clubs on campus and graduated from Snow with his associate’s degree.

Carol Ann Jacobsen Curtis was raised in Salina and graduated from North Sevier High School in 1963 where she participated band and choir and sang solos and in a trio. She also sang in assemblies, church meetings, for the Lion’s Club and at other civic functions. For two summers after graduation, she worked as a camp counselor at the LDS Church’s Gooseberry Youth Camp in Salina Canyon.

She received a music scholarship to Snow College and began attending there in the fall of 1963. While there she participated in many activities including concert band, pep band, madrigals, assemblies, dances and graduation programs. She chaired the Miss Snow Contest in 1965, one year after she was crowned Miss North Sevier in 1964.

It was at Snow College that Alan and Carol met. They married in the Manti LDS Temple on March 19, 1965. They have since lived in Ephraim, Provo and Springville as well as Omaha, Nebraska; and Carter Lake, Iowa.

Alan and Carol both graduated from LDS Institute and Snow College in June of 1965. Alan continued his education at Brigham Young University, graduating in 1968 with a bachelor’s degree in youth leadership and a minor in physical education.

While Alan attended BYU, Carol worked for the Kress Co. on Center St in Provo. She worked there until June of 1966 when the management realized she was expecting her first baby. On Nov. 11, 1966, their first child was born, Kelly Alan Curtis. Their second son, Courtney Jacobsen Curtis, was born at Nebraska Methodist Hospital in Omaha, Nebraska, on July 9, 1968. Alan took a job with Boys Clubs of Omaha and worked extra jobs to make ends meet. Their first daughter, Christine, was stillborn when they lived in Carter Lake, Iowa.

The Curtis family moved back to Springville in August of 1972 and purchased the Ostler home at 446 E. Center. They had lived there four years when they adopted their two beautiful Korean daughters Katy (Kim Eun Sung) and Kimberly (Kim Na Sung). They quickly outgrew their little home and soon moved up the block a few houses to 524 E. Center. They have lived there since February of 1977, 40 years this year.

Carol has been involved in music her entire life. She has served in music positions in her church and joined the Springville Musettes in 1966, continuing as a member of that choir until a couple of years ago (other than living in Omaha for four years). She does not sing with them at the present time due to health problems. She has sung for many funerals and civic functions here in Springville. Carol is an active member of the Daughters of the Utah Pioneers and The Church of Jesus Christ of Latter-day Saints, and she enjoys her Book Club and friends.

After moving back to Springville, Alan worked construction until he was given the job of recreation and community education director for the city of Springville. He served on the city recreation board for seven years. He served the city and school district for 28 years. He has loved providing recreation for thousands of our youth, offering about 25 Community Education classes to adults and all ages of children, and keeping everyone happy with the temperature at the Springville Community Pool.

He loved to see our city look beautiful and well-manicured and to see its parks busy with kids and adults playing summer sports.

Alan was instrumental in getting several parks built such as Bird Park, Clyde Park, the Spring Acres Arts Park (upper and lower), Spring Creek, Big Hollow, Hunters Valley and Child Park. He re-did Memorial Park’s ball diamonds and worked on the beginnings of the Sports Park in the West Fields as well as helping with small neighborhood parks. He spearheaded the upgrading and enhancement of the South Main entrance into Springville including the welcome sign. He started Youth Soccer in Springville, serving boys and girls in Cub Soccer through Teen Soccer. He began an after-school program for at-risk youth to be tutored in academic as well as musical skills. It was held in the old grocery store across from the old city building. He also helped create the skateboard park, started Flag Football to help prepare young boys for tackle football and developed a junior golf program.

As with many city workers, he spent many hours setting up chairs, cleaning up trash and doing many other jobs for the committee. He organized fun runs and 5-K runs and served on committees for Art City Days. He was always out in the community monitoring his recreation schedules and events.

Along with his job, he served as bishop of the Springville 10th Ward for five years.

Alan loves working with the youth of this area. He has a way of disciplining and loving the youth he works with. Alan has always had the best interest of the youth of Springville in mind. He loves being with the young people and teaching them about athletics and life. Alan is a true Red Devil through and through.

Alan and Carol have four children: Kelly, Courtney, Katy and Kimberly. They also have 11 grandchildren and one great-grandchild.