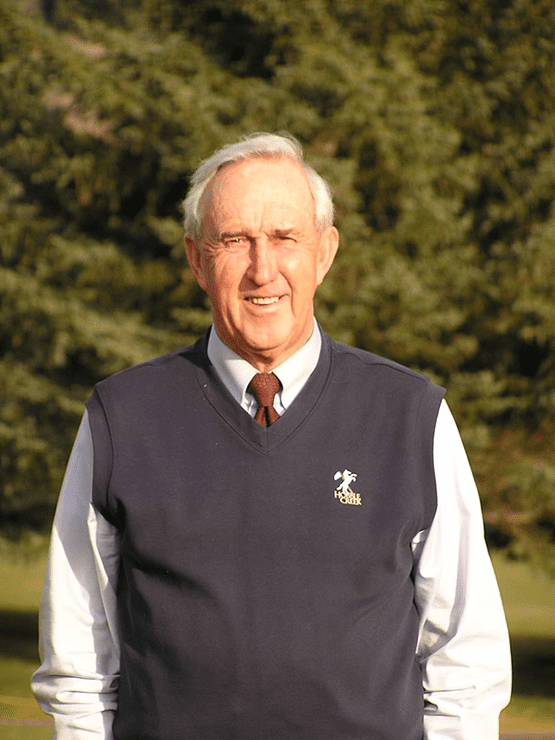 r Former Hobble Creek Golf Course golf pro Sonny Braun has been named the 2017 Springville Citizen of the Year. He will be honored during the Art City Days Grand Parade on June 10.  The parade will begin at 10 a.m. and travel down 400 South and Main Street.

At the young age of 32, Sonny Braun became the first head professional at Hobble Creek Golf Course in Springville. Until his retirement in 2014 – 48 years later – he was the only head pro at Hobble Creek. That’s a Utah record. No other golf course in Utah has had the original pro maintain his position that long.

Sonny and his brother Jerry and sister Mary grew up loving golf. Sonny and Jerry both became golf professionals and Mary became the reigning women’s club champion at Timpanogos Golf Course for the better part of three decades.

Sonny started in golf at the age of 12 when he began working at the original Timpanogos Golf Course. He worked at Timp for a period of 17 years, interrupted for two years by service in the Army. During those years at Timp, he worked under the tutelage of Jimmy Thompson, Bill Johnston and Dave Crowton. While in the Army, he served as assistant professional to Ben Cavalier at Fort Sheridan Golf Course.

In 1963 he went to Monterey Peninsula Country Club as an assistant pro with John Geertsen Jr. He maintained that position until he was invited back to Utah County to be the head pro at Hobble Creek. All totaled, he has served in golf shops for 68 of his 83 years of life.

During his years at Hobble Creek, he established strong men’s and women’s golf associations and worked closely with various mayors and city councils to build a solid core of loyal Springville golfers. Hobble Creek, because of its unusual beauty and serenity, attracts thousands of golfers from throughout Utah, but Sonny saw that it retained the feel of a small community golf course. As the golf course icon, Sonny conscientiously worked on linking the community to the course, and as a result, the citizens of Springville take an unusual pride of ownership in their golf course. To them, Hobble Creek is their country club.

Sonny was a fine player, holding the Hobble Creek Course record at one time with a 63, but he devoted his golf focus to administration and teaching. He also developed a talent in golf repair and refinishing clubs and became a craftsman at it. He has won numerous awards including Merchandiser of the Year, the Bill Strausbaugh Award for Public Relations and the Utah Section PGA “Gentleman Jeff” Award. The Art City Amateur Tournament he established is a fixture in Utah golf and now is named after him.