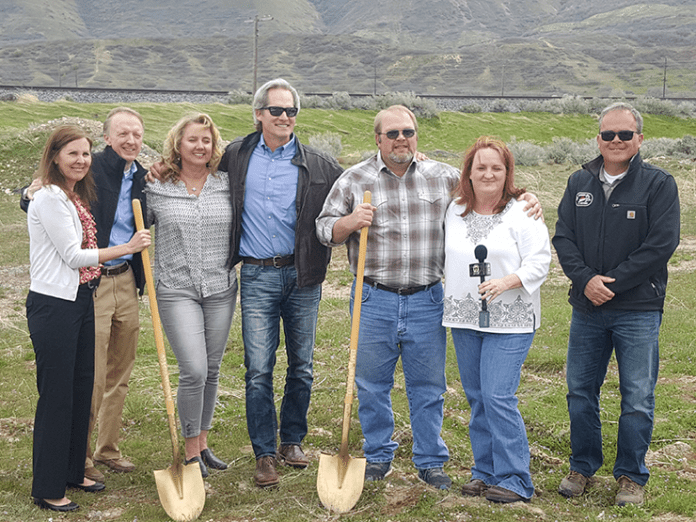 r Spanish Fork City and surrounding areas are growing by leaps and bounds, and the need for quality storage units is apparent. So, on April 11, the groundbreaking ceremony for Spanish Fork Self-Storage on Highway 6 near Canyon Drive was held. This project has been a long time coming and will fill a growing demand in south Utah County.

A total of 550 units of different sizes will be built on 90,000 square feet, with many of the units being climate controlled. There will also be units large enough to store motorhomes or boats. Units can expect to be rented out by the latter end of this year or the beginning of next year.

Those who attended the ceremony included Ken Menlove, contractor for the project; Brandon Gordon of the Spanish Fork City Council; Jae Smith of First National Bank, which is helping to fund the project; Spanish Fork Salem Area Chamber of Commerce Director Heather Youd and Administrative Assistant Julie Ashton; and Chamber President Todd Dickerson. Lance Wilson, past president of the chamber, was also in attendance as well as many other chamber members. Those who supported the event from the media included Chris Baird of Serve Daily as well as SFCN Channel 17’s Pete Hansen. A special thank you goes out to the Spanish Fork City Council and employees for all their help in getting this project off to a great start.