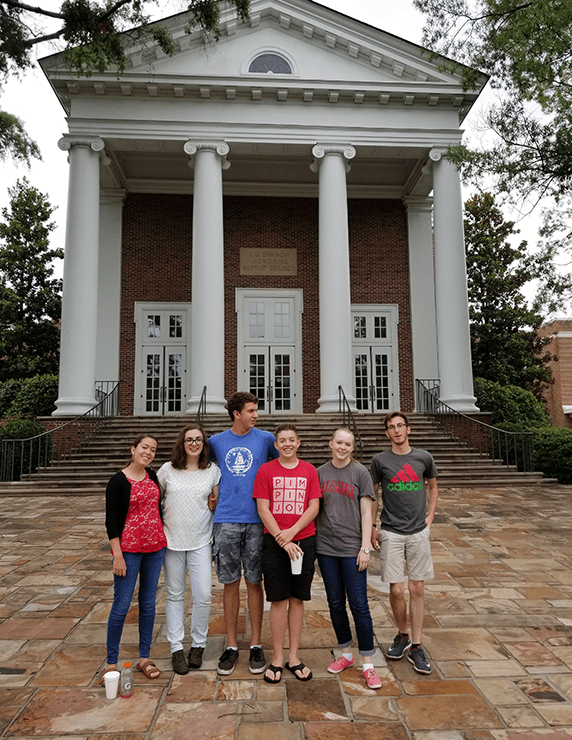 Qualifying students are honor society members of the National Speech and Debate Association, the largest and longest existing honor society in the world. In addition, students must also finish in the top three in their local speech and debate district. National competitors represent the top 3 percent of all debaters nationwide. Salem Hills students competed against students from all 50 states as well as students from Saipan, Bulgaria, China, Japan, Korea, Morocco, Taiwan and Tanzania.

Mason Lindstrom competed in Lincoln Douglas debate in which the argued the resolution, Resolved: A just government ought to prioritize civil liberties over national security.

The Public Forum team of Rebeca Knapp and Sarah Quesenberry argued, Resolved: In East Africa, the United States federal government should prioritize its counterterrorism efforts over its humanitarian assistance.

In Student Congress, Kamen Kent and Christian Towse debated a variety of bills and resolutions from prescription drug regulations to the war on drugs to Russian sanctions and everything in between, replicating the rules and format followed by the United States Congress.

In Program of Oral Interpretation (POI), Meagan Welton presented an oral interpretation from a combination of prose, poetry and script.

This was an incredible experience for our kids. They worked really hard and represented their communities with class and integrity. The tournament was extremely difficult, as you can imagine, but was a great learning experience.

Debate is highly recommended for developing all of the above skills and has high correlations to increased college acceptance and scholarship. All Nebo schools and ALA have debate programs. Debate is strongly recommended for anyone pursuing college.

We would like to publicly thank Stoke’s Fresh Food Market for allowing us to sell fireworks in their parking lot. We appreciate the opportunity that gives our students to work for their opportunity to compete at a high level. Also, thanks to Salem Smiles Dental, Rep. Mike McKell, Scott Barlow and Dr. Wallentine for their financial contributions and continuing support of Salem Hills Debate. Last, we would like to thank Mr. Bart Peery our incredible administration and staff for their continued support.