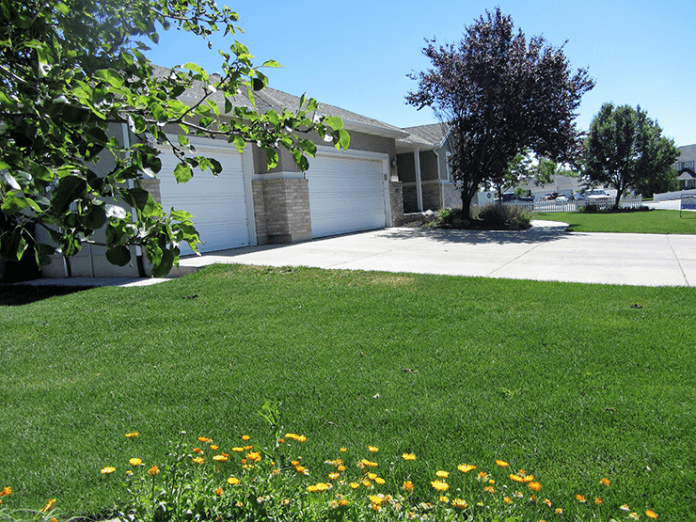 “Sold prices really jumped up in the first quarter of 2016 and leveled off until the fourth quarter of 2016,” said Tony Wardell, a Realtor for 15 years in Southern Utah County. “Now we are seeing a slight jump in prices in 2017.”

This is despite a considerable uptick in the number of permits issued for new homes, city officials say.

In previous years, developers in Mapleton would build houses on perhaps five to 10 adjacent lots at a time, Conroy explained. This year, D.R. Horton is building 200 homes on 100 acres near Slant Road, and Alpine Homes is developing 30 lots along that road. Arive Homes has about 100 permits to build in the same general area.

Population increases — and thus, need for additional housing – have risen greatly since 2000.

The increase in Mapleton is coming primarily from people north of Springville, Conroy said.

“Mapleton is a desirable place to live,” the city official said. “We are a unique community retaining a peaceful, country atmosphere.”

There were 62 homes for sale in Mapleton on June 21, according to the Homes.com website. The market is tight enough that Wardell offers “Your home sold in 29 days or less or it’s free” on his website, UtahSellHomes.com.

“In 2016 the typical homes stayed on the market for just 52 days, about a week faster than in 2015 and the fastest year since Redfin began measuring in 2009,” according to a January 2017 article in Forbes business magazine. “The brokerage expects 2017 to be even faster.”

The average price of a home in Mapleton is $470,000. This is a part of Utah County with scenic mountain backdrops, where some bare land acreages sell for $299,000. The price is based on what buyers are paying for similar properties, Wardell said.

“The best things to do to get your home sold fast? It’s the three Cs,” Wardell said. “It needs to be clean, de-cluttered and have curb appeal.”

Mortgage “rates are relatively low, demand is high and spring/summer is here,” the Realtor continued. “If your home is priced well and in show condition, it will sell quickly.”

Rates recently averaged 4.05 percent for 30-year fixed-rate mortgages, according to Bankrate.com’s analysis. This is a slight uptick, according to the analysis, but rates change weekly.

Homes that don’t sell within 90 days either have “issues” or are priced incorrectly, Wardell said.

“I recommend getting an appraisal as another layer of proof for your home’s value,” Wardell said. “What a buyer can pay and what a bank is willing to loan is based solely on what a home appraises for.”

In the Forbes article, experts noted seven trends in the housing market for 2017: Prices will continue to rise, but more slowly; affordability will worsen; mortgage rates will be volatile; credit availability may improve; supply will improve but remain short; Millennials will continue to make up a large and growing portion of the buyer pool, and demand will continue to increase.