Brother and sister to lecture on “The Camino de Santiago” 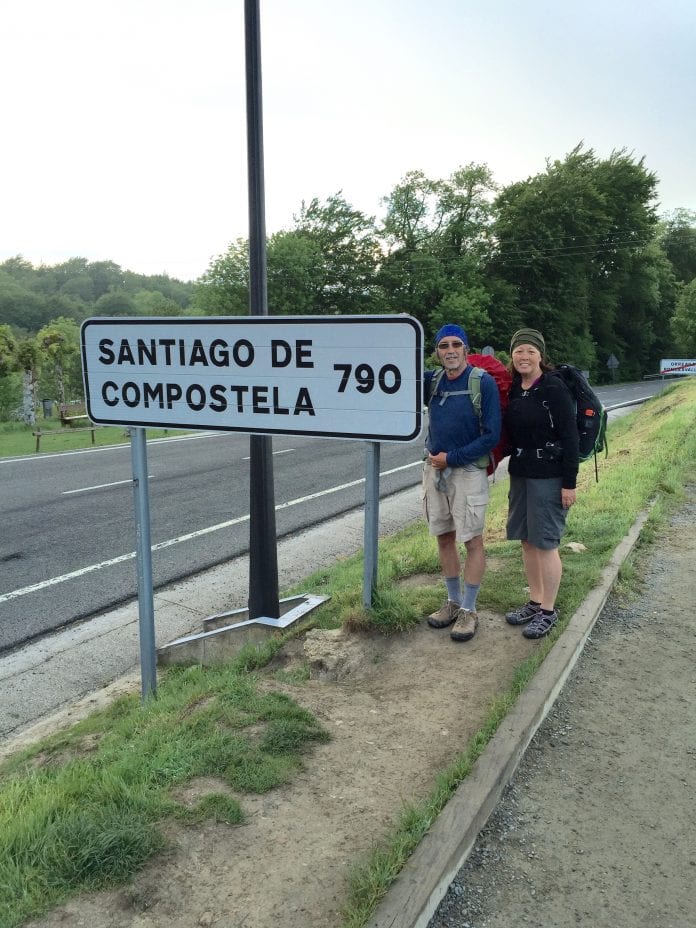 On Friday, August 18, at 6:00 p.m. the Springville Senior Center (65 E. 200 S.; 801-489-8738) will be pleased to host a brother-and-sister team, Tim O’Collins and Tara Winward, who will acquaint us with their trials and joys as they walked “The Camino,” or “The Way of St. James.” Their presentation is titled “The Journey That Never Ends: From St. Jean to Santiago and Beyond.”

Santiago de Compostela in northwestern Spain has for 1200 years been the destination of thousands of pilgrims from all over Europe (and more recently, the world) to the place reputed to hold the remains of St .James the Apostle. There are numerous routes to Santiago, each varying in length (87 to 1,000 kilometers) and difficulty. People of all ages and abilities have participated.

Tara Winward, originally from Pacifica, California, now lives in Orem and is retired from BYU. She said, “I first heard about the Camino from my daughter in 2012 . . . and six months later we walked the French Way 500 miles in 30 days, averaging 16 miles a day . . . very difficult. After arriving in Santiago, we looked at each other and said–“Let’s do it again!”

Tara retraced virtually the same route solo in 2014, taking a leisurely two months. While walking she received word her brother had had a stroke; he was later found to have cancer. On her return home, Tara went to see him.

Tim O’Collins, who retired in 2015 from Sysco Foods of San Francisco, was on vacation at Shasta Lake in 2014 when he suffered a subdural hematoma, leaving him unable to walk or talk. Later rotator cuff surgery disclosed cancer, and he began chemotherapy. Tara visited him and told of her trek and invited him on a future Camino. Two viewings of the movie “The Way” intrigued him, but he felt his health issues would make such an undertaking impossible.

In 2015 Tara and Tim did the walk together from the same starting point as Tara did before, the 500-mile French Way (St. Jean). Tim’s knees went out on Day Two. Along the way doctors advised him to give up and go home, but he said, “I came to Spain to walk, not quit.” Tim finished on crutches, and they completed not one but three Caminos, a total of roughly 700 miles.

“A special part of the Camino is the people you meet and the relationships you develop together as you struggle with challenges,” said Tara.

Tim isn’t ruling out another one.

Everyone is invited to hear Tara and Tim and cheer them on as they leave for their next walk on August 20.

Dr. Roger Macfarlane, BYU professor of classics/comparative studies at BYU, will speak on the volcanic eruptions at Pompeii and Herculaneum at the Springville Senior Center (65 E. 200 S.; 801-489-8738). This presentation will be held Wed., Sept. 6, at 6:00, and the public is invited.