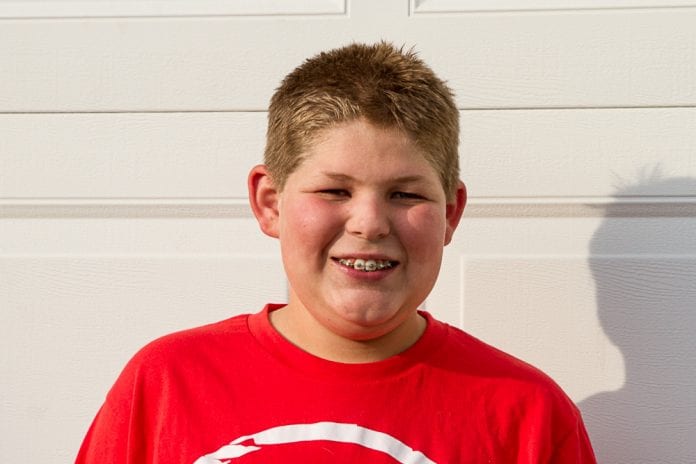 Karden Devenish and his family had a plan to go to Oregon to view the total eclipse of the sun on August 21. Karden though it would be great to try his hand at deep sea fishing while they were in Oregon, so he made a plan of his own. He has been mowing lawns and doing work for his neighbors to earn the money to do just that.

However, something Karden did not plan on happened not too long ago. He went to Nickle Mania with a friend to play some arcade games and he doesn’t know if he took the wallet out of his pocket and laid it down somewhere, or if someone took it out of his pocked without him knowing, but the wallet disappeared. The wallet contained the entire $80 he had saved so far. He notified Nickle Mania that his wallet was gone, and went home.

When he got home, his mother posted about the wallet on the Spanish Fork Community Facebook page, and explained why it was so important to have it returned. Sometime later Karden got a call from Nickle Mania telling him someone had dropped something off for him. Thinking it might be the wallet, Karden went to Nickle Mania with his friend. He was handed a blank envelope. He could feel there was money in the envelope, but Karden did not open it at that time.

When he got in the car with his father, he opened the envelope and counted the money. There was $120 in twenty-dollar bills. He mentioned to his Dad that there was more money than the $80 in the envelope. His father counted the money also and concurred with Karden. There was a note with the money which read:rFriend,r Buy a new wallet, fishing license, and have fun. I read what happened on Facebook, and had the same thing happen when I was younger. Good Luck.r PS If your wallet was returned, pay it forward with this.

In a follow-up call with Nickle Mania, Karden asked if the person who left the envelope was a man or a woman. He was told that Nickle Mania could not give him that information. Karden says he has learned some valuable lessons from this experience. First, don’t carry all your money in your wallet, take only what you need. Second, he has had his faith in humanity restored. Third, he will pay it forward as soon as he can.rKarden posted a thank you on Facebook: “Thank you, thank you, whomever you are.”