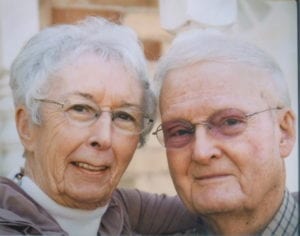 It was the only official Pioneer Day celebration in South County, according to eight town’s websites, but Payson’s Western Heritage Day July 15, with a dutch oven dinner and concert, seemed to harken to the same celebration of the pioneer spirit that brought settlers to the area in the mid-1800s.

In Mapleton, daytime activities July 22 were led by the Daughters of Utah Pioneers organization. The town of Mapleton planned the evening events.

“The fun stuff is the evening stuff,” said Camille Brown, city recorder, who has participated in Mapleton’s Pioneer Day activities since she was a child. “The fireworks are awesome and the concerts are great!”

If the evening activities are “fun,” then the daytime activities might be classified “informational,” but no less entertaining.

A “Wake-up Call” at 6:30 a.m. fudged a bit on the 5 a.m. bugles blasting Mormon pioneers awake as they traveled West, but it took them two hours to cook, clean up, gather their things and be ready in their wagons or behind their push carts to start the day’s 15- to 20-trek across the nation’s heartland.

Mapleton residents can probably be ready to go in 30 minutes, which is a good thing because of the 7 a.m. Flag Ceremony and breakfast in Mapleton Park.

The annual Pioneer Day parade started at 9 a.m. at Mapleton Junior High School, and to took its usual route. Longtime and active town residents Tom and Lois Murdock were the 2017 Grand Marshalls.

Among the many daytime activities were sack races, relays, tug-of-war, ring toss and stick pull for youngsters. Adults might have been more interested in learning about spinning wool, dipping candles and making butter.

The city website said, “There will be tours of the Mapleton Heritage Museum and the Levi Kendall Cabin all day as well. Come see the new displays!”

Kristen C. Betts was the coordinator this year of the daytime Pioneer Day activities.

Evening activities started with dinner at 5 p.m. at Ira Allen Park. The age-graded helicopter ping pong ball drop started at 6:30 p.m. with skydivers at 7:30 p.m., opening ceremony at 8 p.m. and a concert by “Party Crashers” at 8:15 p.m.

The fireworks show that started about 10 p.m. and was said to, “rival any show in the valley,” according to the website.

Pioneer Day celebrates the arrival July 22, 1847, of pioneers and the first camp established in Salt Lake Valley of Mormons who had traveled primarily from Illinois. Mapleton was first settled in 1850 as an agricultural extension of Springville. Legal actions regarding water rights split the two towns, though Mapleton wasn’t incorporated until 1948.