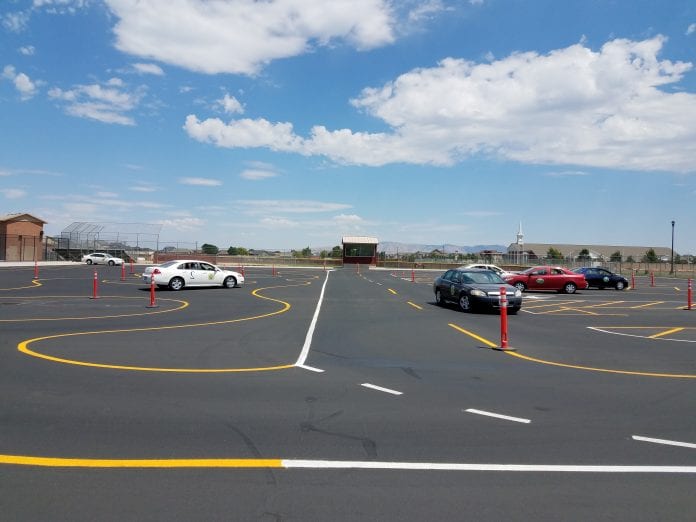 r Editor’s note: This is the first in a series of articles about driver safety.

STATEWIDE – The correct term is car crashes, not car accidents. That’s the first thing high school students in driver’s education classes are taught by a representative of the nonprofit organization Zero Fatalities.

Crashes aren’t accidents because, “Almost all crashes stem from driver behavior like drinking, distracted driving and other risky behavior,” according to a New York Times article that noted safety advocates’ attempt to “change a 100-year-old mentality that they say trivializes the single most common cause of traffic incidents: human error.”

Kylie Christensen of Zero Fatalities spoke about crashes to a group of 80 students and their parents one recent day-one of a Driver’s Education class at Mapleton High School. A full 94 percent of crashes were caused by human error, Christensen said.

Her first question asked how many in the school’s auditorium thought zero fatalities was possible, when so far this year, 128 people have already died on Utah’s roads.

Her second question, which echoed a biblical query, started with a statistic: Last year in Utah, 280 people lost their lives in car crashes. Would 45 be a more acceptable statistic? How about 25? Ten? One? But what if that one were your son, your daughter, your dad or mom or sister or brother or …?

The room quieted as those present considered the possibilities.

The Zero Fatalities’ hour-long presentation made five basic points. It was the first session of a two-week Driver’s Education class that strives to provide a thorough explanation of rules of the road, state crashes laws and safe driving techniques.

Every person under the age of 19 is required by law to go through a driver’s education instruction period. This is available online for $325, or in a high school classroom setting for $100. Not only is the onsite class a third the cost of the online class, but the class also includes the Zero Fatalities presentation that is replete with vivid short crash videos.

Christensen, a former soccer star in St. George, has made about 175 presentations across the state since she started work in April 2016 for the organization that has the goal of saving lives, “starting with your own.”

Teenage drivers make up 8 percent of Utah drivers, but they’re involved in 21 percent of crashes, Christensen said. “If you have one friend in your car, chances of a crash double,” she added.

This statistic led to one state law that says no one but a family member is permitted to be in a vehicle with a teen who has been driving less than six months. Most of day two’s class was taken up with discussion about that law. One teen asked about his longtime best friend, who is closer to him than a brother. Can he be in the car within the first six months?

The Utah law reads, “Passenger limitations, whether resident or nonresident of this state, may not operate a motor vehicle upon any highway (ANY public roadway) with any passenger who is not an immediate family member of the driver until the earlier of: Six months from the date the license was issued; or the driver reaches 18 years of age.”

Among the alarming statistics Christensen shared with teens and their parents,r

r“Proven strategies can improve the safety of young drivers on the road,” according to the U.S. government’s Centers for Disease Control and Prevention, as stated in the parent’s guide passed out by Zero Fatalities.

Christensen directly addressed parents at one point in her Zero Fatalities presentation: “You need to be the driver you want your teen to be,” she said.

“Teens who are taught safe driving habits from their parents are much less likely to get in a crash,” according to “Be Smart. Be Safe. A parent’s Guide to Smart Teen Driving” booklet given to parents before the class started. Teen (ages 15-17) deaths has declined 65 percent since the program was established in 1999, the booklet continued.

In his comments after the Zero Fatalities presentation, Drivers Ed teacher Hyer encouraged parents to drive with their teens. They need 40 hours of driving before getting their license, and he would only be with them for six of the daytime hours, he said.

The world needs a long-term solution to violence against children