This year’s Salem Days Pageant is a major production 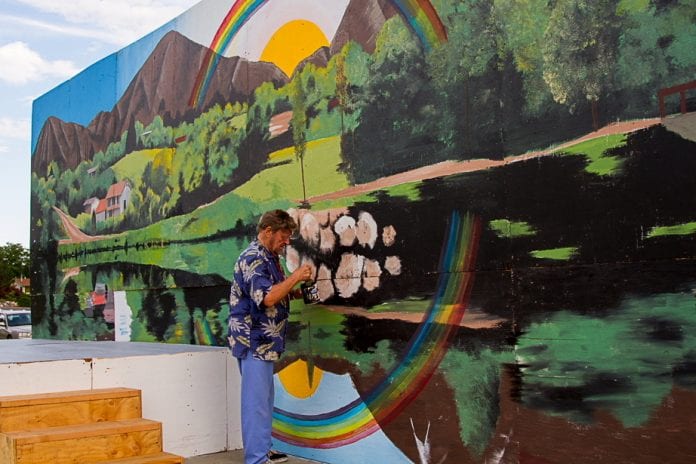 The Salem Days Pageant will be presented on August 12, at the Salem Pond. The pageant will conclude a full day’s activities which start with Breakfast in the Park from 7 to 9 a.m. followed by the parade at 10 a.m.  After the parade, there will be children’s games and activities, followed by a senior citizen’s dinner at 5 p.m. and the pageant at 8:30 pm and fireworks.

Dottie Jensen has written and directed this year’s pageant which includes a cast of 121 and 30+ people behind the scenes such as eight ladies who have sewn the costumes.  This year’s theme for the pageant is “Sunshine on a New Day.”

The Blue Grass Band will perform two numbers: “Sunshine, Lollypops and Rainbows” and “All God’s Creatures Have a Place in the Choir.” Other performers will present renditions of “Bad Boys, Bad Boys, What Cha Gonna do When They Come for You”, “These Are A Few of My Favorite Things”, “Who Let the Dogs Out”, and “I’ve Been Everywhere.”  In all, there will be 18 numbers.

This is going to be a very popular show and the lawn area in front of the stage can quickly become a busy place. As in past years, after the 10 a.m. parade, many people will set up their chairs and blankets on the grass so they get the best possible view of the stage and the fireworks.  We hope to see you there.