The Addams Family a hit with audiences 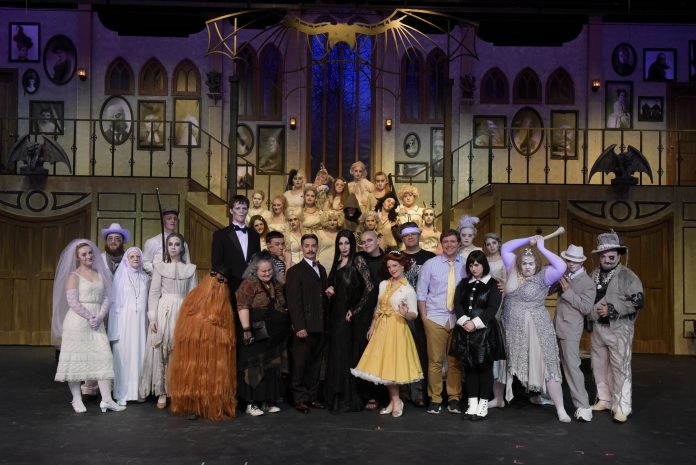 r Payson Community Theater presented The Addams Family on August 31. What a marvelously funny production it was. After the show, I talked with the grandmother for a moment. After congratulating her on her wonderful performance, she asked me if they made me laugh. I said they did. She said that was their goal – to make us all laugh. I realized that we all need to laugh sometimes, and they definitely achieved their goal!

Quoting Stephen Poulsen, the director: “Although at first glance the Addams seem far too different from ourselves, it is amazing (if we truly listen) how much like all of us they truly are and how much we can learn from them.” As always, I have my favorite characters, and grandma played by Julia Hancock was one of them. I would have to say that Lurch played by Jerry Black and Fester played by Evan Kaiser stole the show.

The make-up was excellent, especially Lurch’s and Fester’s. The musical numbers were well performed, but the dancing was the best. My favorite scene was when Mr. Addams told Lurch to find him a hotel in Paris. Lurch calmly takes out his glasses, opens the travel guide, retrieves a phone from his pocket and hands it to Mr. Addams. It was so funny, yet so normal. This is one production everyone should attend because it will make you “happy sad.” Share
Facebook
Print
Email
Linkedin
Twitter
Pinterest
Previous articleThe last day of Pompeii: A volcanic catastrophe with a silver lining
Next articleGiveaways: Enter to win a set of 2 Tickets to the JDRF Fighting For A Cure Freestyle Bullfight