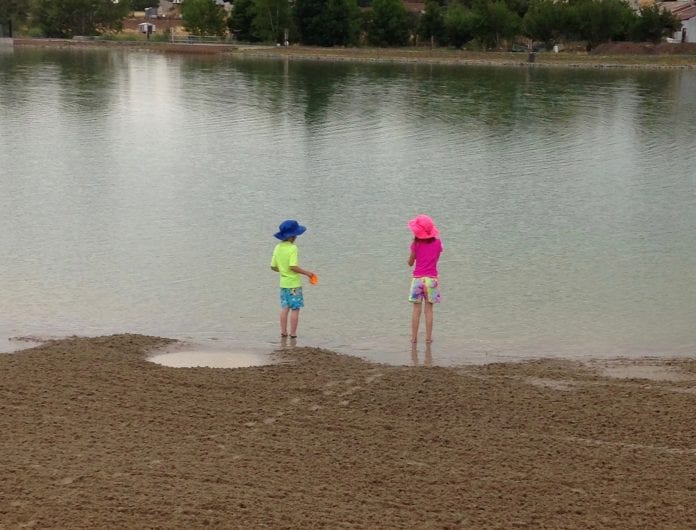 Social distancing shouldn’t be that hard for me. Why? Because there’s not much difference between social distancing and being socially awkward, and...
Read more
Joseph Capell

I’ve missed restaurants. Don’t get me wrong, I love my wife’s cooking. Heck, I don’t even mind my own cooking. But, there’s something about being able to go someplace and letting other
Read more
Joseph Capell

A month ago, I had never heard of the term “social distancing.” Now, it’s a way of life.
Read more
Joseph Capell

Funnyish-Fun for Kids can be Hard Work

Kids just want to have fun. But, before kids can have fun, adults usually have to put in a lot of work.
Read more
Joseph Capell

If we’re going to make this work, Happy New Year has to be more than a wish

How many people wished you a ‘Happy New Year?’ Do you think they are wishing you to be happy just on New Year’s Day, or are they wishing that you be happy for the whole year?
Read more

r Did you know it’s still summer after Labor Day? It’s true! After Labor Day there are more than two and a half weeks of summer left before it officially becomes fall.

That doesn’t seem right, does it? We’re always being told that summer ends as soon as school starts up again in August. Or, they say that the Labor Day weekend is the last hurrah of summer. But that’s not the case! We can keep on summer hurrah-ing for most of the rest of September!

Check your calendar: this year the last day of summer (also known as the first day of fall) is September 22nd. Meanwhile, Labor Day falls on September 4th. Now, I’m no math wizard, but it looks to me like that means there are 18 days of summer between the two that we need to enjoy to the fullest.

So, what should we do to celebrate our newfound extended summer? How about grab your snorkel and go to the pool! There’s no better summer activity than splashing around in the pool. What’s that? You say the pool closes for the season on September 4th? That doesn’t seem right. It’s a city pool, and our tax dollars pay for it, so we should be able to enjoy it for ALL of summer, shouldn’t we? (I think this calls for a sternly worded letter to the city council and mayor.)

Okay, so if we can’t go to the pool, maybe we can go to the beach. Yes, I know there are no oceans in Utah, but there are plenty of lakes, ponds and reservoirs, and they all have shore line. Some of them even have shore line with sand, or, at the very least, dirt and gravel that could be mistaken for sand if you squint at it just right. So, load up your cooler with your favorite cold beverage, grab your beach towel, put on your swimming suit and head to your favorite local beach! (Or beach-like shore line.)

Let’s go soak up some sun! It’s still summer! The calendar says so. (And the calendar never lies!) And, if you happen to see some of the leaves changing colors on your way to the beach, just think of it as the trees putting on their own little summer fireworks show!

Salina once site of POW camp during World War II

It is almost forgotten history that during World War II 425,871 prisoners of war were brought to the United States and housed...
Read more
Viewpoints

In uncertain times, viewpoints may differ but sense of community remains strong

Recently, I ventured out to the store to buy some much needed items that I wasn’t able to purchase online. And, like many of you, I was met with a strange sight and accompanying feeling.
Read more
Viewpoints

Isolation creates even greater need to ‘get back to nature’

Now, with COVID-19 causing cancellations nationwide, many look to the outdoors for a break. Parents report the uncertainty and loneliness of quarantine has left many children feeling anxious
Read more
Our Print Advertisers

Social distancing shouldn’t be that hard for me. Why? Because there’s not much difference between social distancing and being socially awkward, and...
Read more
Education

Jessica Lindley, a teacher at Foothills Elementary, was named teacher of the year for the Nebo School District. Lindley...
Read more
Giveaways

Writing is a lonely endeavor, but inspiration is often a crowded room. A combination of the two can lead to magical places.
Read more