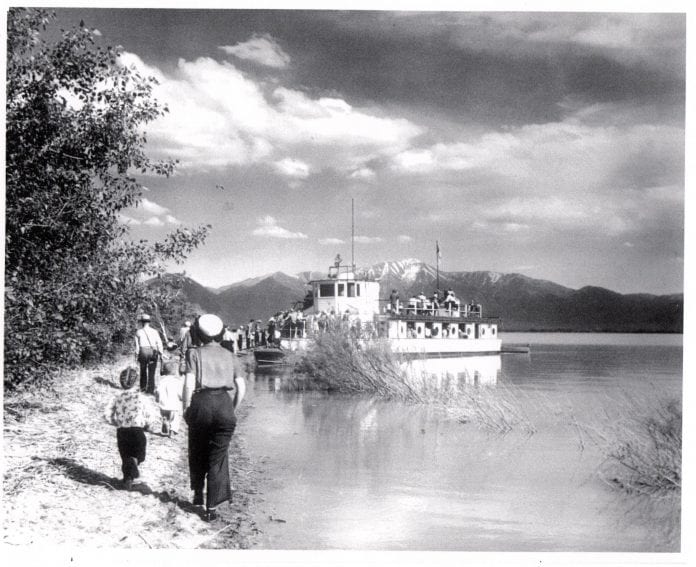 The career of the S.S. Sho-Boat on Utah Lake will be the topic of the lecture, “The S.S. Sho-Boat: Queen of Utah Lake,” sponsored by the Springville Senior Center. The meeting will be held at the senior center, 65 E. 200 S., on Wednesday, October 4, at 6 p.m. Local historian, author and retired educator D. Robert Carter will tell the interesting story of the largest boat ever to sail on Utah Lake.

Two of Provo’s mechanically gifted men, Hewitt Strong and Elmer Smith, constructed the S.S. Sho-Boat. Its colorful career on Utah Lake began in 1932 when it was chartered by the Utah State Dentists’ Association for a state convention outing. For the next decade and a half, parties, meetings, dinners, dances and even a wedding were held on board the 90 by 22-foot flat-bottomed boat. The craft reached a pinnacle of success in spite of such major drawbacks as the Great Depression, a severe drought which reduced Utah Lake to an average depth of less than one foot, and World War II. The Sho-Boat sailed the lake until 1947, when it was beached on the south side of the Provo River near the present Utah Lake State Park.

Many interesting incidents occurred on her decks and in her cabin. Mr. Carter will use over 100 photographic images as he reveals the highlights of the craft’s history. The presentation, which is free and open to the public, will transport older residents of Utah Valley back into a nostalgic era of Utah Lake’s history. It will give youngsters and newcomers to the area a chance to travel into the lake’s unfamiliar past.