The Wagstaff Trio to be featured at Sunday Concert Series 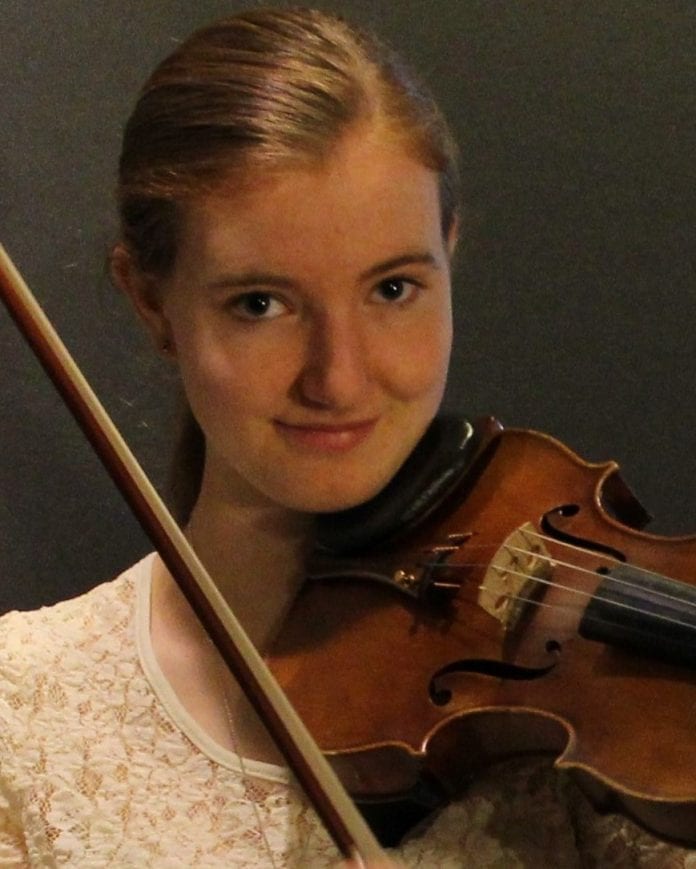 r The Springville Arts Commission welcomes the Wagstaff Trio performing for the Sunday Concert Series on October 15, at the Springville Museum of Art, at 4:30 p.m. This concert is free to the public.

Miriam Wagstaff, 17, lives with her artist parents, Clay & Rebecca Wagstaff, and currently studies violin with BYU Professor Monte Belknap. Miriam enjoys orchestra, serving as Concertmaster and Principal Viola at various times during the years she participated in the Lyceum Orchestra programs. She is also an award-winning fiddler.

Miriam has also soloed with the Utah Valley Symphony, with Southwest Symphony Orchestra and with the Orchestra of Southern Utah. She has performed the past two years at the invitational Vivace Concert at the Covey Center, and several times at LobbyFest at Abravanel Hall.

The November 19 concert will feature The Red Desert Ramblers, who play Bluegrass, Classic Country and Swing music blending harmonies with smoking instrumental breaks. They have been honored by the International Bluegrass Music Association by being the first Utah Band (and Sharon is the first hammered dulcimer player) to EVER be hired for an IBMA performance and were the only bluegrass band featured at the Mountain West Conference of the Arts. Members have won several awards including Sharon as best Utah dulcimer player and Rick Martinez as best banjo player for IAMA.