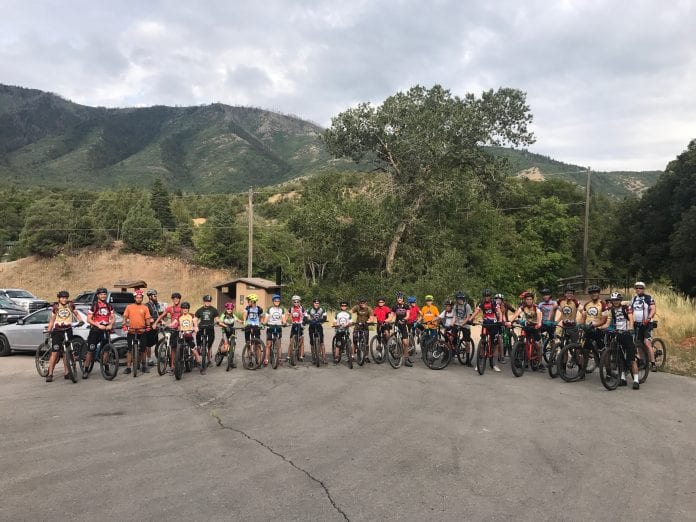 r Mountain Biking is a sport growing in popularity in our local high schools as both a fun and competitive activity. As a member of the Utah High School Cycling League, the Mount Nebo Mountain Biking Team is a composite team from its five high schools; Springville, Payson, Salem Hills, Spanish Fork, and Maple Mountain.

The team started practicing for the 2017 season in July and trained three times a week until school started in preparation for the first race. Since the school year started, they now only practice twice a week.

They have five races scheduled for the fall season, which are at Powder Mountain, Snow Basin, High Star Ranch in Kamas, Moab, and State Championships in Cedar City, Utah.

The team provides an atmosphere where young people can enjoy their bikes and have fun, or if they want to compete and set goals for improvement they can. Chris Morrill says “He loves seeing these kids having a great time.”

The cost of attending the mountain bike events is expensive and Chris wants everyone to know how much he appreciates the sponsors that are making their season possible. The sponsors are; Noble Cycling of Spanish Fork, La Casita Mexican Restaurant of Springville, Mad Dog Cycles of Orem, Springville Dentistry, Wake Construction, Freedom Steele, Frandsen Morrill Advisors of Provo, and Canyon View Orthopedics of Spanish Fork.