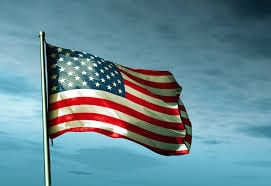 SPRINGVILLE — In honor of our servicemen and women past and present, the Springville Senior Center will host a special Veterans Day program on Wednesday, November 1, at 6:00 p.m. The event will be held at the Senior Center, 65 E. 200 S.

The Provo Interfaith Choir will present a musical program including patriotic songs. The choir began in 2014 as a collaboration between several religious denominations in central Utah Valley as a way to bring people together through music. Under the direction of Dave Lewis, the choir performs uplifting and seasonal music for various community events, including patriotic concerts and worship services and participated in the Utah Valley National Day of Prayer held at UVU in June of 2016.

They have been featured in several news stories on KUTV channel 2, KBYU channel 11, and Reach Provo (online). The Daily Herald and Deseret News have also told their story. The accompanist, Kaden Larson, is a student at BYU majoring in piano performance. He has won many awards, among them the Reid Nibley Scholarship and the 2017 Utah Philharmonic Orchestra Concerto Competition.

The choir is not only looking to expand its numbers but its message to the community to celebrate what we have in common through the music that is shared. See https://www.facebook.com/ProvoInterfaithChoir/ and http://provocommunityucc.org/provo-interfaith-choir/

This event is free and open to the public. Veterans, as well as active military and their families, are especially welcome. Call 801-489-8738 for more information.