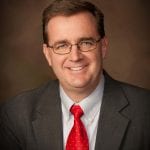 r Serve Daily reached out to 2017 municipal candidates and asked what the biggest issue they feel their city is facing and how they plan to address it. Not every candidate chose to respond. A list of candidates with responses received is published below, by city. Remember, mail-in ballots must be postmarked before November 7.r Craig Conover is a lifelong resident of Springville, Utah and Springville High School graduate. Craig is married to Deanne Gray, also of Springville, and has 3 children, Landon (30), JaCoby (26) and Sadie (22).rCraig served on the Springville City Council from 2000 to 2004, and again from 2014 to the present year. Craig is currently serving on the Springville Chamber of Commerce Board of Directors. As a member Craig understands the needs of Springville City businesses.rCraig currently manages the advertising department at the Daily Herald. This gives him the opportunity to speak with businesses each day to understand what cities can do to partner with them for success. Craig will fight to continue Springville economic growth so residents can continue to enjoy the amenities the city has created.rCraig has given countless hours of volunteer work to Springville City. Craig has served at Springville’s “World Folk Fest”, “Movies in the Park”, and the Springville Museum of Art. He has also served on the Parks and Recreation Board, and Electric Board of Springville.rCraig knows what it takes to keep a city running and he will initiate positive change knowing the challenges and issues that face our community today. The most important issue facing Springville is development. We have only three square miles of land available to develop and a single entity with no motivation to negotiate owns a good portion of land that needs to be commercially developed along the west 400 South corridor. That problem restricts tax dollars coming into Springville. The 20-year Economic Development Plan created by the Mayor’s Economic Advisory Commission, on which I served as chairman and worked with 11 other citizens and city staff, addresses what needs to happen along 400 South as well as development in other areas of Springville. I will focus on the established Economic Development Plan and encourage the planning commission and city government to use that document as a reference in making development decisions. We also need to make sure that roads that access residential developments are wide enough to allow for safe evacuation should the need arise. I’d be honored to give back!rAs a lifetime resident, father, and volunteer in Springville, I am running for City Council because I want to keep Springville great for our current residents and future generations.rKey Commitments:r*Maintain and improve our infrastructure plan to preserve and uphold public safety, services and assets at an affordable cost.r*Stimulate business growth and social development by vitalizing key areas of our city.r*Strengthen our neighborhoods through appropriate land use.r*Focus on family needs! – Our family friendly community in Springville has led to a robust and healthy city – Let’s keep it that way.

rSteve Leifson – Mayoral CandidaterGrowth is always an issue. Working diligently to plan for growth by looking at the long-term effects of decisions made. Managing our economic growth and planning for the needs of our citizens. Making sure we have adequate infrastructure, roads and transportation system. Easy interstate to our city is imperative if we are to bring economic development to Spanish Fork. Working with State and Local officials, and our Street Department to maintain safe and effective transportation system. I have been working hard with UDOT and (MAG) Mountainland Association of Government, to get an on-off ramp between Springville and us. This would help alleviate the traffic congestion in and out of our city. We have been able to get that project moved to the top of the priority list. Spanish Fork, “Home of Pride and Progress”, will be a place where you can meet all your shopping, recreation, entertainment, volunteerism, and social interaction with your fellow citizens. I feel that the most important issue I will face in office is housing in our community. As economic development continues, so will the drive for affordable housing. There are new areas being built up with new houses, but can all of our citizens afford to live here? In 2018, the hospital will begin construction. It will bring many jobs to our city. Unfortunately, not all of these employees will be able to work and live in town. There are many jobs that pay $14 and less per hour. Couple that wage with child care and other expenses and without affordable housing, they cannot make ends meet. I plan to look at ways to allow for mixed size and mixed use for residential housing to ensure that all our friends and families have the means to live and enjoy all that we have to offer in Spanish Fork. The most important issue in Spanish Fork is managing and planning for growth in a way that protects the heritage and hometown feel of Spanish Fork.  Decisions about this need to be made in a practical and pragmatic way while protecting the private property rights of landowners.  Statistics show the majority of our growth is organic, people love it here often because they were raised here or nearby.  The solutions to addressing this issue are effective planning of where densities make sense, where they don’t, continue making our community more walkable, and staying on top of traffic issues.  Spanish Fork is a great place to live because of its people.  I’m committed to working together, gaining input, and sharing ideas to keep Spanish Fork one of the safest, and more dynamic cities in the State. I feel the most important issue is doing a general plan and master plan (these plans are a blueprint for where businesses and houses will be built).The plans must be completed so that developers and contractors have the information they need for commercial/residential developments. We need more businesses and homes so that we have the tax base to grow. I will make sure the general plan is completed even if I have to do meetings every night and on Saturdays. We need input from the citizens of Payson on how the city should grow. We need money to move forward, and I am going to be looking for ways to pay our debt down including grants, donations, and eliminating any wasteful spending. With the plans finished, we will know what costs the city will be incurring for growth and the expenses to fix the current infrastructure. Balanced growth and old infrastructure are the biggest problems in the city of Payson. It is obvious that Utah is growing and it is headed toward the small communities in southern Utah county. We need to  plan our community so that we have shopping districts, business parks, industrial regions and balanced neighborhoods. As the city of Payson grows we need to ensure that new growth is not going to stress the infrastructure that we have but rather will improve the out of date piping that plagues our city.

David Hathaway – City Council CandidaterI am running for re–election as a Council Member, in this year’s Santaquin City Municipal Election. I want to continue to help with managing the growth of our city, and to make sure that regulations do not discourage commercial business to locate or stay in Santaquin. I believe that new businesses will locate to Santaquin without the city offering costly incentives that could create a negative impact on existing retailers, city services and residential taxes. It is very important that city obtains and retains enough water to serve the needs well into the future. We need to make sure that any water that is brought in with the new growth will physically be able to be used in Santaquin. It is also important that we have strict but fair development standards for our residential developers and that we enforce these standards.

The #1 issue facing the nation (including Elk Ridge, Utah) is this question: What, if any, meaning do the Declaration of Independence and US Constitution in today’s world? The current size and scope of government at every level suggest that most people find little to no meaning in the dusty, old papers.rMy answer to that critical question is this: The principles and boundaries laid out in the founding documents are a protection from the flaws inherent in human nature. Those restraints will continue to be fully applicable until human nature changes.rI am very skeptical of government at every level. Every time a new code is considered, while I am in office, I will take the viewpoint that the government should have the burden of proving that the code is necessary as opposed to the citizens proving it isn’t (innocent until proven guilty).