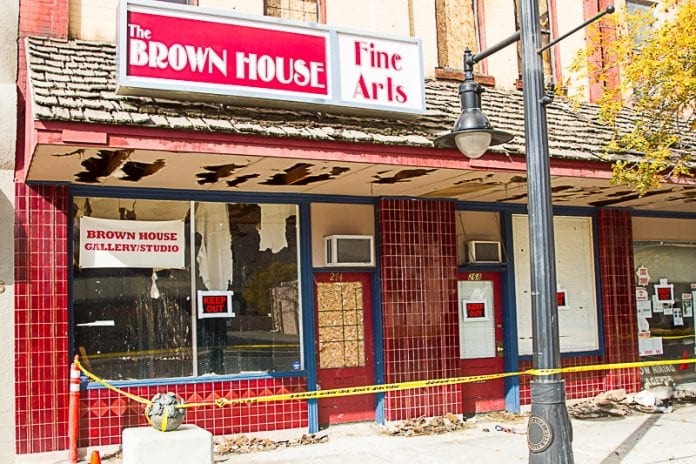 r On Thursday, October 19 a fire broke out in a second story apartment in the Brown building that houses Brown House Fine Arts store and Bill Brown Reality located in the middle of the 200 block of Main in Springville. Because of fire risk to surrounding buildings, this became a three-alarm fire bringing fire units to support the Springville Fire Department from Spanish Fork, Mapleton, Salem, Payson and Provo. The adjacent businesses were evacuated and it took a little over an hour to bring the fire under control. No one was injured and the fire was contained in the Brown building, although smoke and heat damage may be found in the adjacent businesses. The cause of the fire is under investigation.

Everyone is very thankful for the response and ability of the fire department personnel. We are thankful the fire was controlled quickly without greater loss. The personal loss of belongings in the apartment is always sad. The loss to the fine art store and to the real-estate office is unfortunate and we all have to feel for that loss also. Just the day before the fire my wife and I admired a framed painting in the window of the Brown House Fine Art store.