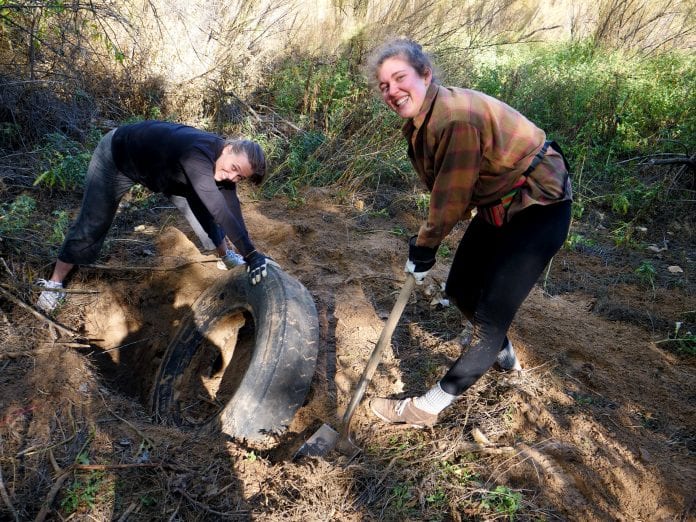 Boaters, sport fishermen, wildfowl hunters and photographers treasure Utah Lake for its picturesque setting between mountain ranges, but past visitors have left their marks.rAbout 98 miles of shoreline visited by several hundred thousand people annually have accumulated truckloads of debris that government agencies and conservationists are coordinating efforts to remove.

The locations exclude numerous private and homeowner association entry points to the lake. The shoreline cleanup effort is aimed at removing picnic trash and other bits of litter while helping to spot and report the presence of larger debris and invasive weeds such as phragmites and goathead weeds.

Members of government agencies including the Utah Division of Forestry, Fire and State Lands and the state’s Division of Wildlife Resources joined with commission volunteers on International Coastal Cleanup Day to remove more than 1,500 pounds of garbage from the lake’s shoreline on September 16, Braegger said.

Of the 27 public access points, there are 10 in south Utah County ripe for attention. Sandy Beach, west of Springville, has been adopted by one group and is benefitting visibly from the cleanup work.

“As we did our work, there was less work to do,” said Par Rasmusson, a volunteer coordinator with LDS Earth Stewardship, which has adopted the beach. The organization is active along the Wasatch Front and has a national and international presence, he said.

“We’re a growing organization that is just getting going and the Adopt-A-Shoreline program is a good fit. It’s been very enjoyable,” Rasmusson said.

The organization conducted five cleanup days over the past two years averaging about 30 volunteers each day but including up to 50, he said. They trucked out nearly a dozen tires and a sofa at the beginning. During the latest effort, on October 7, there were fewer tires and less litter.

To learn more about the Adopt-A-Shoreline program or discuss adopting a Utah Lake public access point for cleanup, call Braegger at 801-851-2904 or email him at sbraegger@utahlakecommission.org.