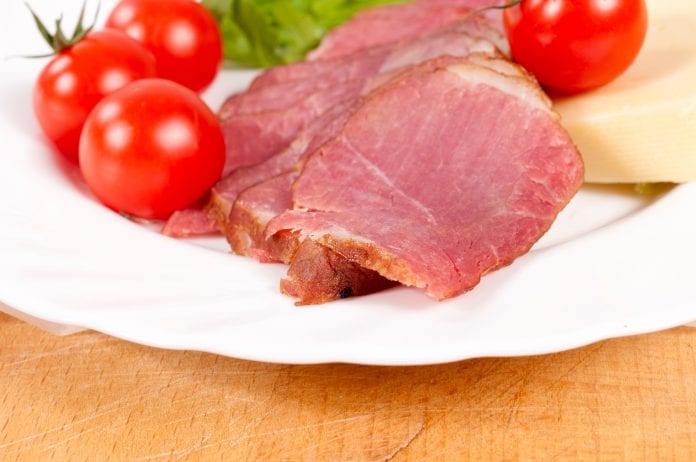 r It is a new year and a time when we make “New Year’s Resolutions” committing ourselves to the efforts of past projects or new projects. A reminder to us to get going or keep going on something you believe to worthwhile. It’s about sticktoitiveness and commitment and never giving up even when things get difficult. The past holidays reminded me of a couple of stories about individuals who struggled against the challenges of the world for something they believed in.

For Christmas dinner we had a spiral cut on the bone ham. That is pretty convenient and you can buy them everywhere these days. It hasn’t always been that way. Harry Hoenselaar came up with the idea in the 1930’s with a device he was experimenting with in his garage. He first applied for a US Patent for his “Processing/cutting Apparatus” in 1944 and again in 1947. In 1952 a Patent was granted to H.J. Hoenselaar for “Sliced Meat Joint Such as Ham and Method of Slicing Same.” With great excitement, Harry took his spiral ham cutting device to meat processing/packing plants to sell his device. They were selling hams without having to buy his spiral cutter and were not interested. He knew he had a good idea and for the next several years continued unsuccessfully his attempt to sell the idea of marketing spiral cut hams. Finally, in 1957, he started his own business in Detroit, Michigan, The HoneyBaked Ham Company. That company remains a family operated business with 400 owned and franchised stores. When Harry’s patent expired in 1982, meat packing houses across the country started selling spiral cut hams.

My daughters gave me a Leatherman Multi-tool for Christmas — you know the pocket tool that folds out to be a pair of pliers. That is another story of lengthy effort and commitment to a belief. After college, Tim Leatherman and his wife made a lengthy trip to Europe and the Middle East. Along the way, he continually needed basic tools and conceived the idea for a pocket toolbox. When he got back home to Oregon he thought it would take him a month to make a prototype in his garage of his idea. It took him three years to perfect the idea and acquire a patent for it. He thought he could sell his idea for a million dollars and have an easy life. But no one bought it. The knife companies told him it was a tool and they were not interested. Tool companies told him it was a gadget and they weren’t interested. Finally with the encouragement of a college buddy they set about to manufacture the multipurpose pocket tool themselves. In the spring of 1983, they received an order from a mail order company called Early Winters for 250 tools, 500, then 750, and then an order from Cabela’s. By 1984, they were making 30,000 tools a year. Today you can’t even count the companies that manufacture or market the pocket pliers multi-tool after its use has been discovered by millions. This only happened because of Tim Leatherman’s belief in an idea.