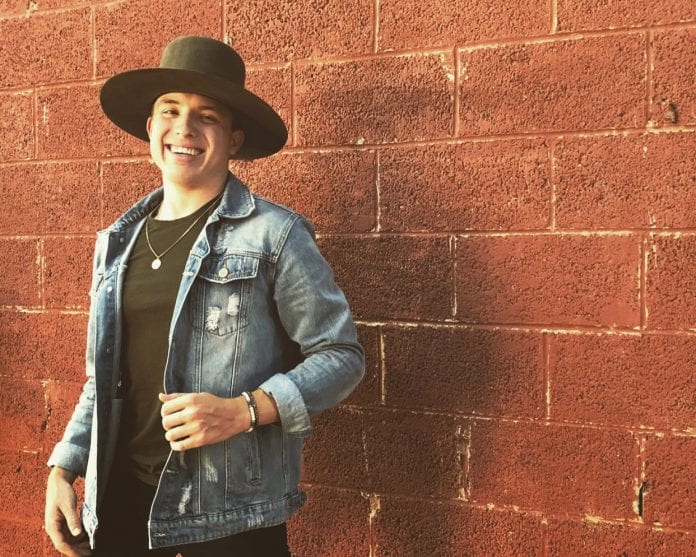 r The Sunday Concert Series, sponsored by the Springville Arts Commission, presents Carver Louis on Sunday, September 16, at 4:30 p.m. at the Springville Museum of Art in the Grand Gallery. This concert is free to the public so bring all of your friends!

Carver Louis is a Country Music artist and songwriter who has had the opportunity to open for artists such as John Michael Montgomery, Carly Pierce, Morgan Evans, Coffey Anderson, Midland, Black Hawk and Diamond Rio. Carver Louis performs original music with a modern country style. His unique voice and enthusiastic energy will keep you entertained.

Carver Louis has performed at various music festivals including Country Fan Fest, Moon Fest Music Festival and Country Summer Music Fest; establishments such as Cherry Peak Resort; arts festivals, county fairs, and has donated his talents to various charity functions since 2015. Carver Louis will put on a show that you won’t soon forget. His recently released EP “Through With You” is currently available on iTunes, Spotify, Google Play, and Amazon Music.

Next month, on Sunday, October 21, the Sunday Concert Series will feature Anne Puzey, a superb pianist. Anne has been Music Director for productions at Hale Center Theatre, Westminster College, The Egyptian Theatre Company and Utah Repertory Theater Company. She earned her degree from BYU and has been the choral director at Bennion Junior High School for 26 years. Anne has worked with Merrill Osmond, Jill Santoriello, Will Swenson, Jason Robert Brown, Brian Stokes Mitchell, Marin Mazzie, Kate Baldwin and Pacek & Paul. She recently accompanied Rex Kocherhans and Erin Carlson when they performed at the Museum in August. She received a lifetime service award from The Utah Theatre Association. She did audition accompaniment for Big League Productions in NYC and was a vocal coach for Utah Opera. Anne is part-owner of Audition Advantage.