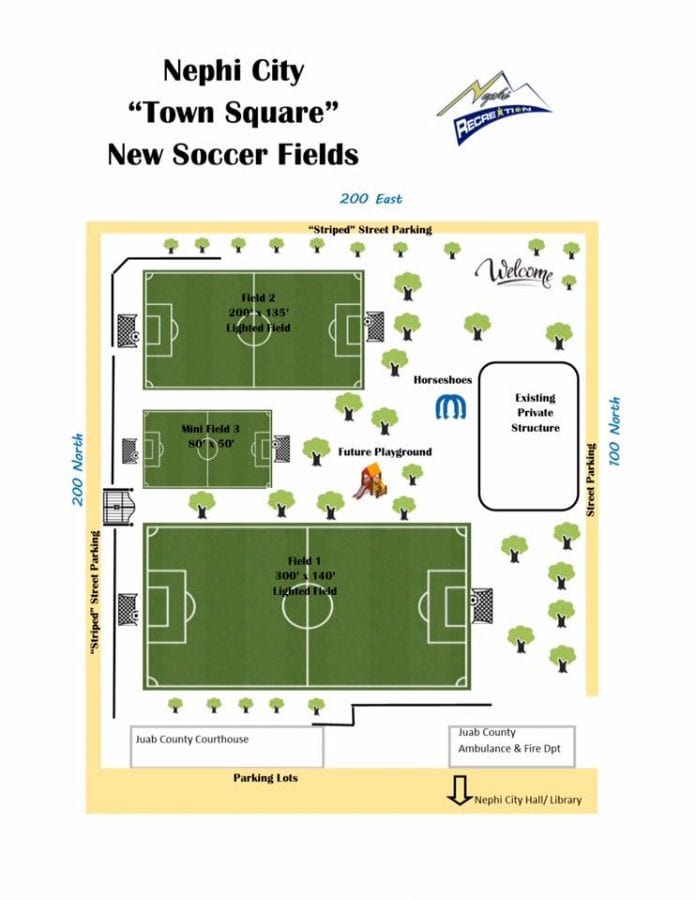 Chrishttp://www.servedaily.com
This is some about info.

It saddens my heart that so many are sick and so many are dying. May we at this time pause and have a moment of silence for those that we have lost. They are our family members, friends
Read more
In-Print

Remember to use be kind to change the world for the better. Learn about many people doing great things to serve their neighbors as we stand together while staying apart.
Read more

r New soccer fields being developed in Nephi City Town Square are expected to be ready for use in Spring 2019. The project is part of the initial phase of the recreation plans to be funded by the newly passed Parks, Arts, and Recreation (PAR) Tax.

On December 18, the Nephi City Council voted to provide an interfund loan to the recreation project so it could start before the PAR tax generates funds.

An interfund loan is defined as when one municipal fund lends money to another municipal fund. Nephi is borrowing money from the city’s gas fund and then paying the gas fund interest. By internally financing through an interfund loan, the city saves itself loan origination costs as well as dictates the interest rate.

The gas fund will lend the city recreation project $200,000 for a five-year payback period at 2.91 percent interest. The loan will allow the city to begin work on the soccer complex without waiting for the first collection of the city’s PAR tax to be available for use.

With more fields to use, Youth soccer will now expand to be played in the spring and fall.

Luckily, before the Coronavirus, Nebo student athletic leaders and captains from junior high and high schools gathered for a Spring Captain’s Academy in March at the Nebo School District
Read more
Education

One fundraising effort is the annual “Green Fever” golf tournament that helps fund these various grants throughout the year.The “Green Fever” tournament is postponed until Aug. 31.
Read more
Focus

Did you know that landlocked Spanish Fork has a lighthouse? Yes, it does. It is a monument to the first Icelandic emigrants to the United States, who settled in Spanish Fork. Between 1855 and 1914, 410 Icelanders immigrated to Utah.
Read more